I promised myself that this pregnancy, I wouldn’t expect him to arrive early, yet the last three weeks I was so impatient. I was tired and achy and just wanted a baby in my arms already! There were a couple of false starts when I had a few twinges that came to nothing, but finally, on the 20th June things started moving, I saw the midwife in the morning, and I was already 3cm dilated. The kiddos were all out so I tried to relax,  and get some rest.

There were a few twinges on and off throughout the afternoon, but I was still worried it would all stop once the kiddos came home. Thankfully they didn’t, I managed to stay calm whilst sorting the kiddos for all their groups that evening and started messaging my doula.

Baya went off to gymnastics, Lola went to Brownies, I managed to pop to the shop to buy Beastie the hotdogs he decided he had to have for dinner! By the time Kiki went off to guides {thankfully I’d already arranged a lift for her!} I was pretty sure this was actually happening!

Around about six, my Doula, Catrin and I decided she should come over. She had an hour and half drive so wanted to leave in plenty of time. I was still a little worried things would stop and she would have a wasted journey. When she finally arrived just before 8, the twinges had been pretty consistent, they eased off for a bit as I was busy chatting with her, but around half past eight everything went up a gear and the contractions really kicked in. They were strong, frequent and gradually getting stronger.

I got the most wonderful back massage from Catrin which felt amazing. I hid out in my bedroom, fairy lights on, the diffuser on, some music on quietly in the background. The kiddos were in the living room, the big ones watching Beastie, though he popped in and out to see me. I was walking around my room in between contractions, finding with each contraction I needed to stop and hang onto a door while I breathed through it. Catrin would come and rub my back as I breathed through the contractions.

By ten pm, we decided to ring my midwives, trying to remember my phone number to tell them mid-contraction was challenging to say the least! The midwives arrived around half-past ten, and I was hugely disappointed when they told me I was only around 4cm dilated. It took a lot of willpower to not let it upset me and stay focused. By now I was beginning to struggle to manage the contractions just by breathing through them, and was very grateful to have gas and air. I made it through another hour of contractions, was examined again and was at 7cm.

I hit that ‘I can’t do this anymore’ point, I honestly didn’t think I could go on anymore. I had to dig really really deep to find the strength in me. As soon as I’d been examined everything suddenly got more intense than before. Twenty minutes later, my waters popped, there was a mad dash around as the midwives tried to get sheets under me as I think they realised things were going to happen fast. Around two minutes later I needed to push, there was a fumble as they helped me get my knickers off then with one push his head was out, one more push and he was Earthside at 12.21am.

The kiddos came in a minute or two later to meet their new brother. I am so grateful to have had another home birth, being surrounded by my other kiddos as soon as Oren arrived was just perfect. He wasn’t too interested in nursing straight away, so we weighed him {9lb 3oz!} and the kiddos helped me to get him dressed. That first bit of time when he was here was just lovely.

In the weeks running up to Oren’s birth, I was so very worried about how things would play out, whether everything would go smoothly, how I’d cope giving birth without a partner, and how I would feel when he was placed on my chest. In the end, it all went OK. The birth was smooth, easy and relativity fast. The kiddos were all fine at home. Having a doula made all the difference – I seriously doubt I could have done it otherwise, knowing there was someone there just to support me made a big difference, especially in the moments that I was doubting I could keep on going. I’m planning a specific post soon on the benefits of a doula, so I’ll leave that thought there.

And the second Oren was in my arms, there was no question of how amazing and happy I felt. The love flowed and nothing about how he came to be mattered in the slightest.

The final little piece of my family, Oren Sage Malachi Davies- we all love you so much ♥ 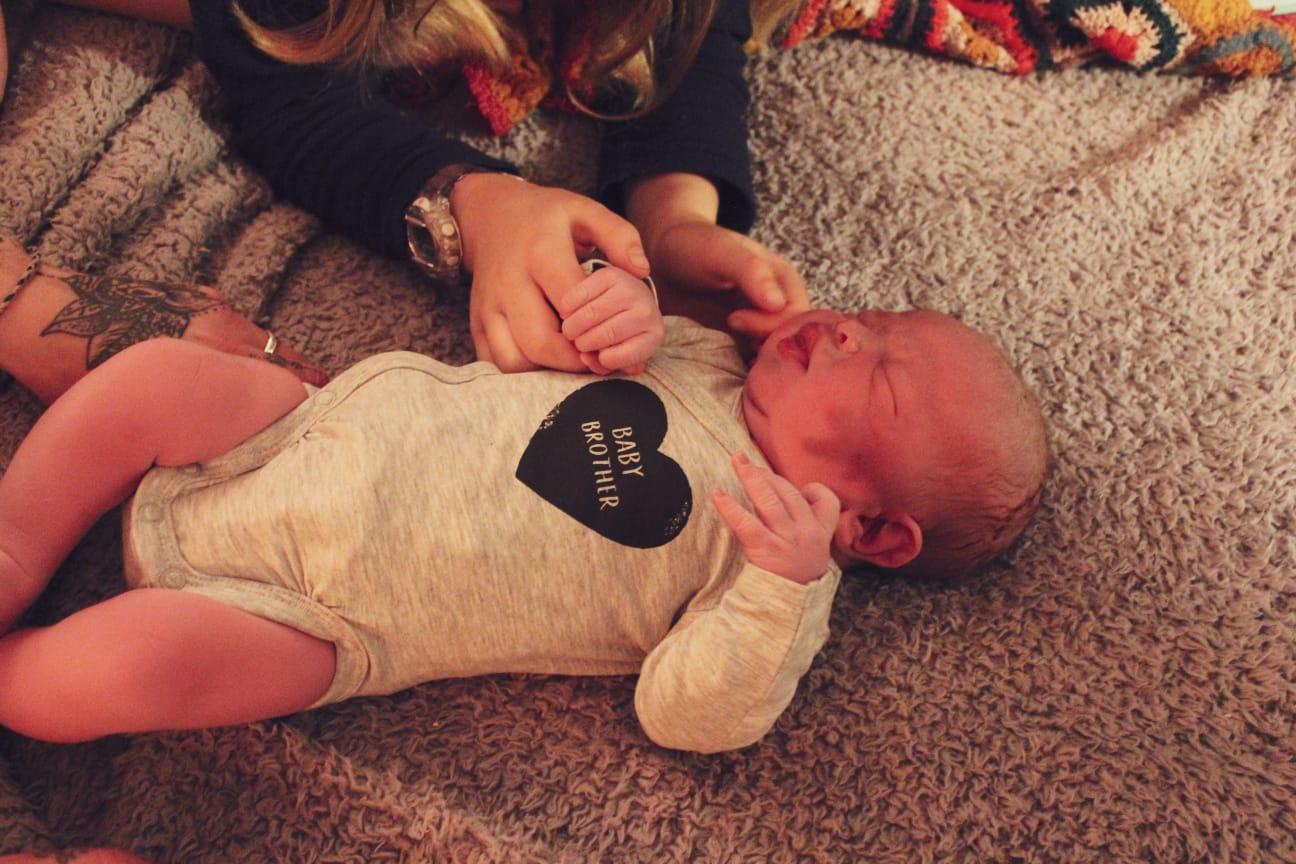 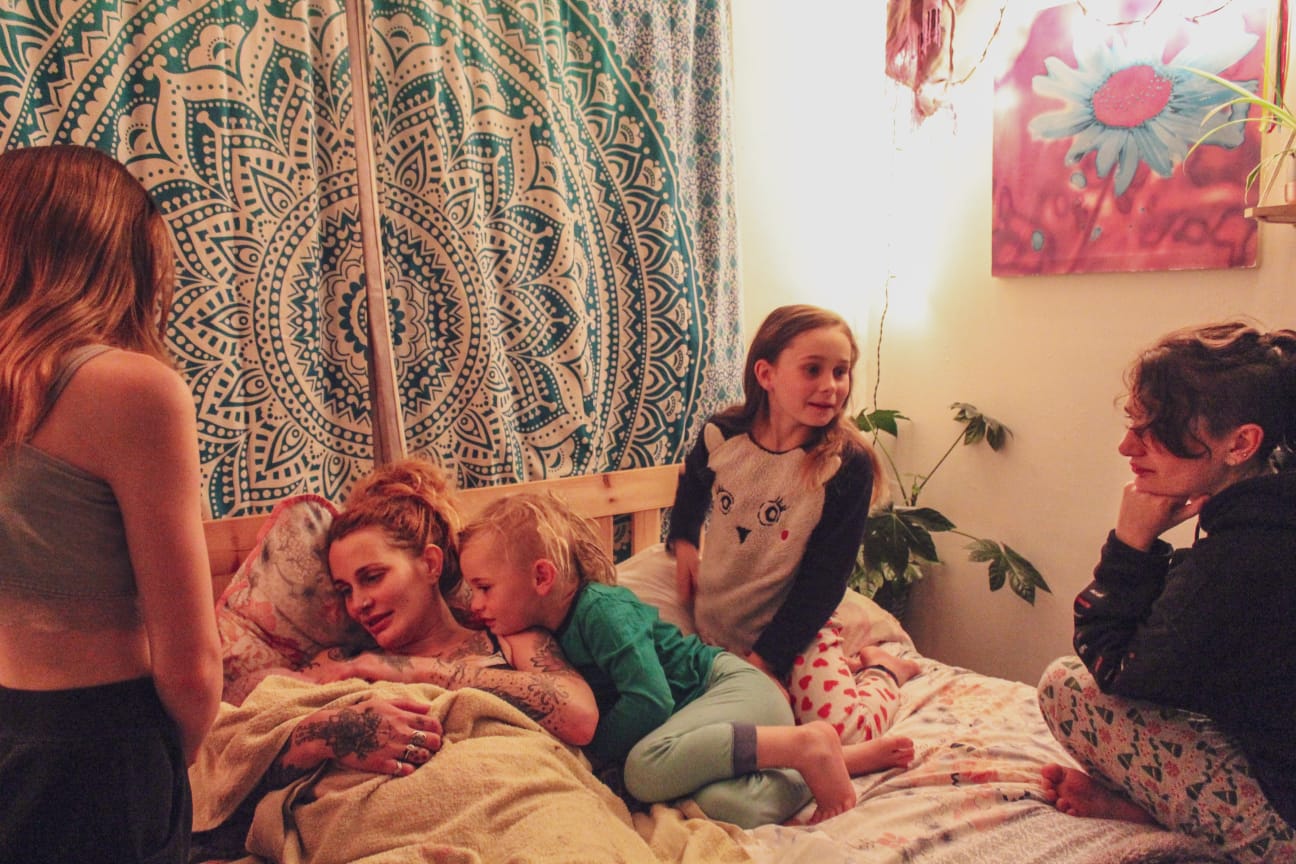 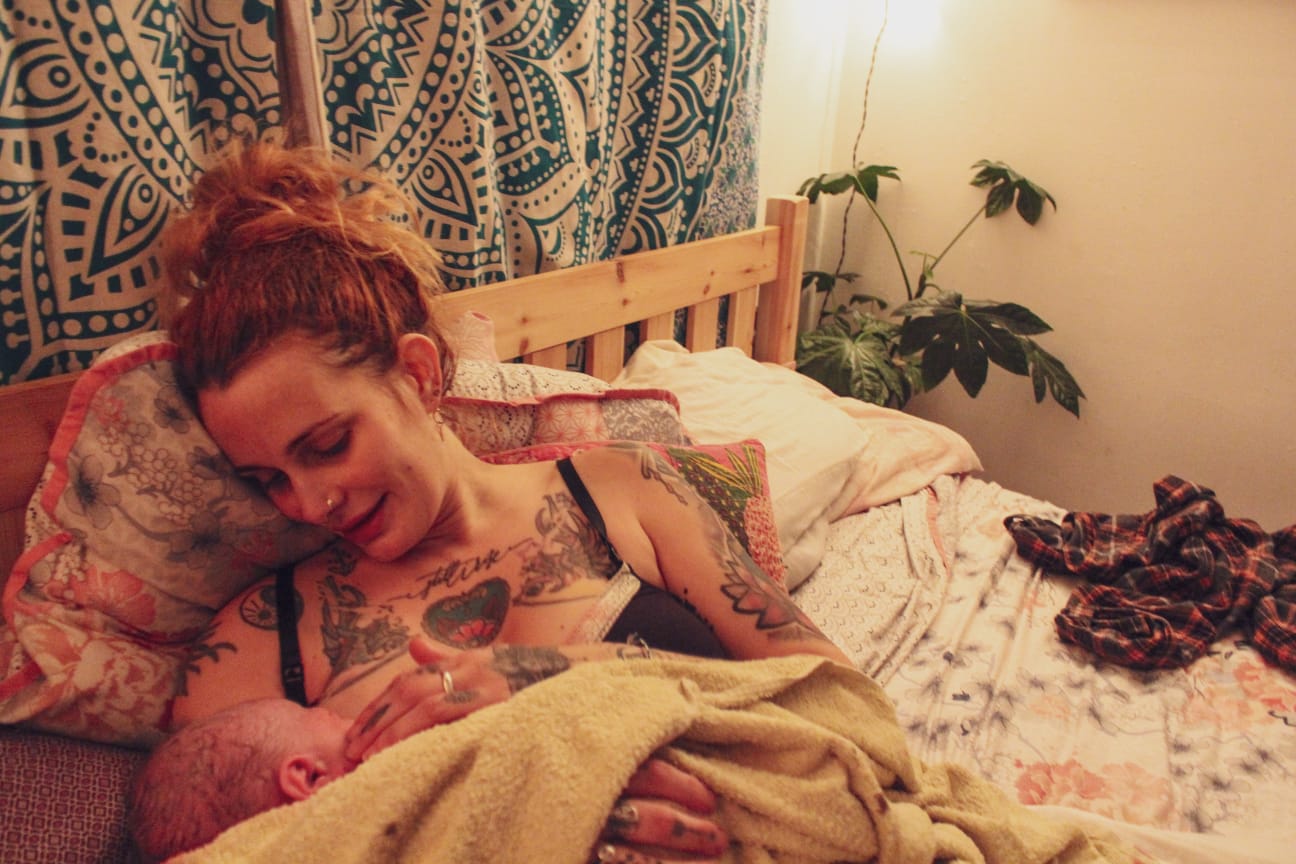 Watching them fly the nest

Sunday adventures in the woods ❤ Trying to keep