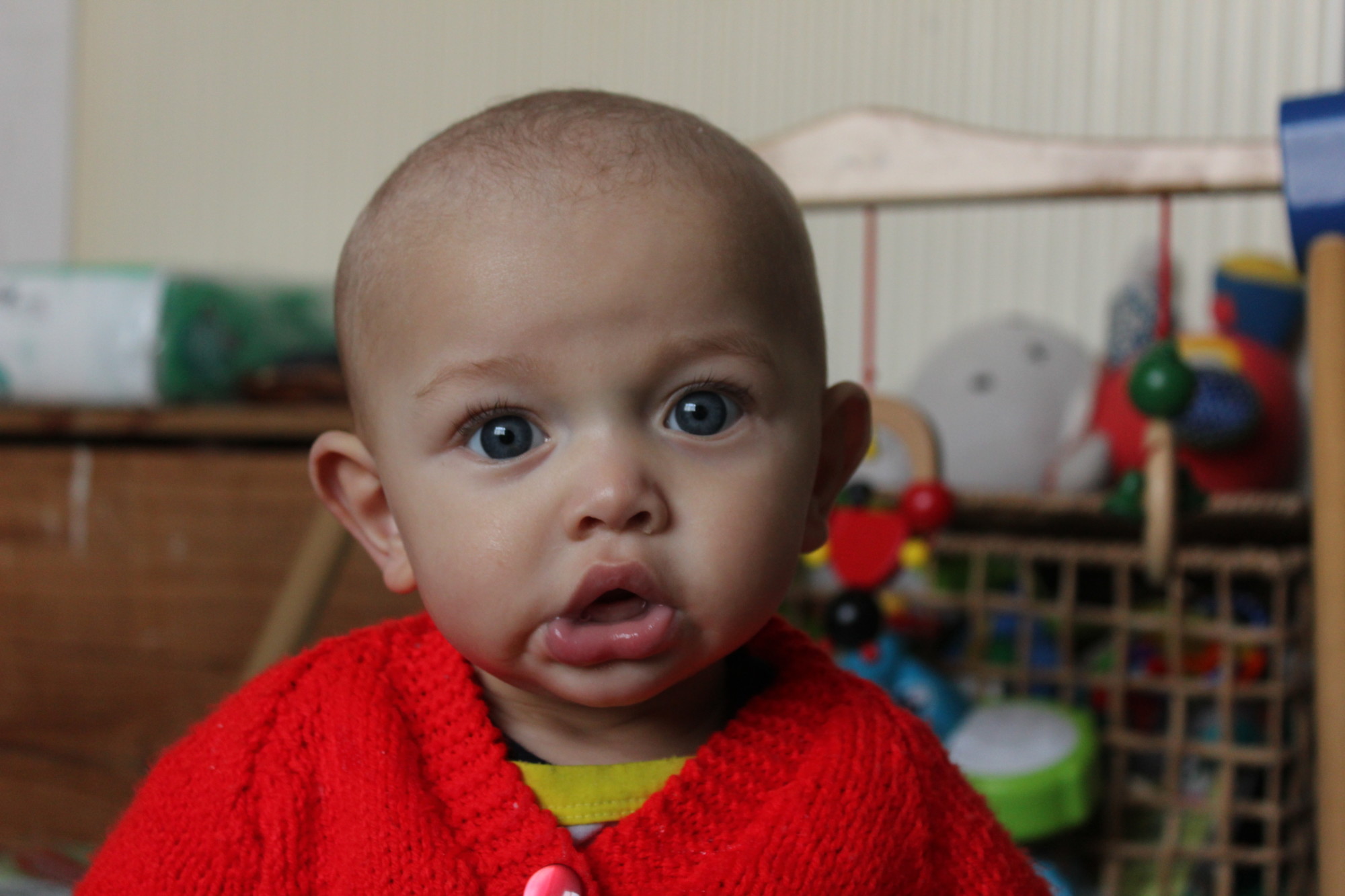 I honestly cannot believe you have been here for half a year already, it has flown so fast, and yet I cannot imagine a world without you in it anymore.

Oren is such a little love. He is such a happy boy, he loves the big kids so much – he is so happy to see them. When Lola gets home from school he often demands a cuddle as soon as he sets eyes on her! He gives them hugs and kisses – with a little hair pulling on the side. They all make him giggle so much. He had a bath with Beastie in our hotel room in Liverpool this week, and he laughed {and splashed} so much. I have never seen a baby giggle quite so much. It was the cutest thing ever.

He loves sitting up and playing with his toys, if he’s laid down he’ll wriggle all over – cannot wait for him to be on the move! He’s eating anything and everything he can get his hands on! He takes after his eldest sister in how much he loves food. He loves strong flavours – definitely no boring bay rice in this house! We do a mix of purees and BLW as that has always worked well for us in the past. I don’t push him needing to eat… it gets offered, if he wants it, he eats it, if not, that’s fine. He loves banana porridge for breakfast, along with chopped up fruit for him to hold, and sometimes a finger of toast. Lunch is usually just finger food – cucumber, pepper, steamed sweet pototo, breadstick… a bit of whatever we are having too. Dinner he’ll often have what we have – last night it was jacket potatoes, so I mashed his with a little bit of baked beans and he loved it! I’ve made a few ‘Oren friendly’ meals {risotto, soup, cheesy lentils} for in the freezer so if we’re not eating something he can have/manage I have something for him. He’ll still have finger foods but he does love to have baby food too. He is off the mindset that if someone else is eating, he should be too. Baya came home after gym the other night, sat eating her dinner at quarter to nine at night, and he shouted at her until she shared with him!

Sleep is still not the greatest. After weeks of hourly wake-ups we went to maybe two-hourly if I was lucky. The past few weeks I have managed to get him settled and asleep in bed for around half nine… and I’ll sometimes get three hours. This has been bliss as it means I can have an hour or two of child-free time before I go to bed {or at least baby-free time if the big kids are about!}. He starts the night in the Sleepyhead Pod, but won’t go back in once he knows I’m in bed with him! Some nights he’ll wake every couple of hours after his first stretch.. some nights it’s still every hour {and when we were away at the beginning of the week it was more like every half hour}. I doze back off with him, so weirdly I’m not TOO tired… tired, yes, but it’s manageable, or maybe I’m just used to it. Who knows… I’m sure one day he’ll sleep better!

He’s really slotted into our family, and I’m so excited for the second half of this first year. I cannot wait to watch him grow and learn, to start moving and talking, for his personality to really start to shine, and to see his relationship with the big kids grow even more. He misses them so much when they go out, and when the middle three go out with their Dad he wants to go along… their Dad is actually one of his favourite people. He loves when he comes around, and always demands lots of cuddles!

We love you Oren baby ♥ 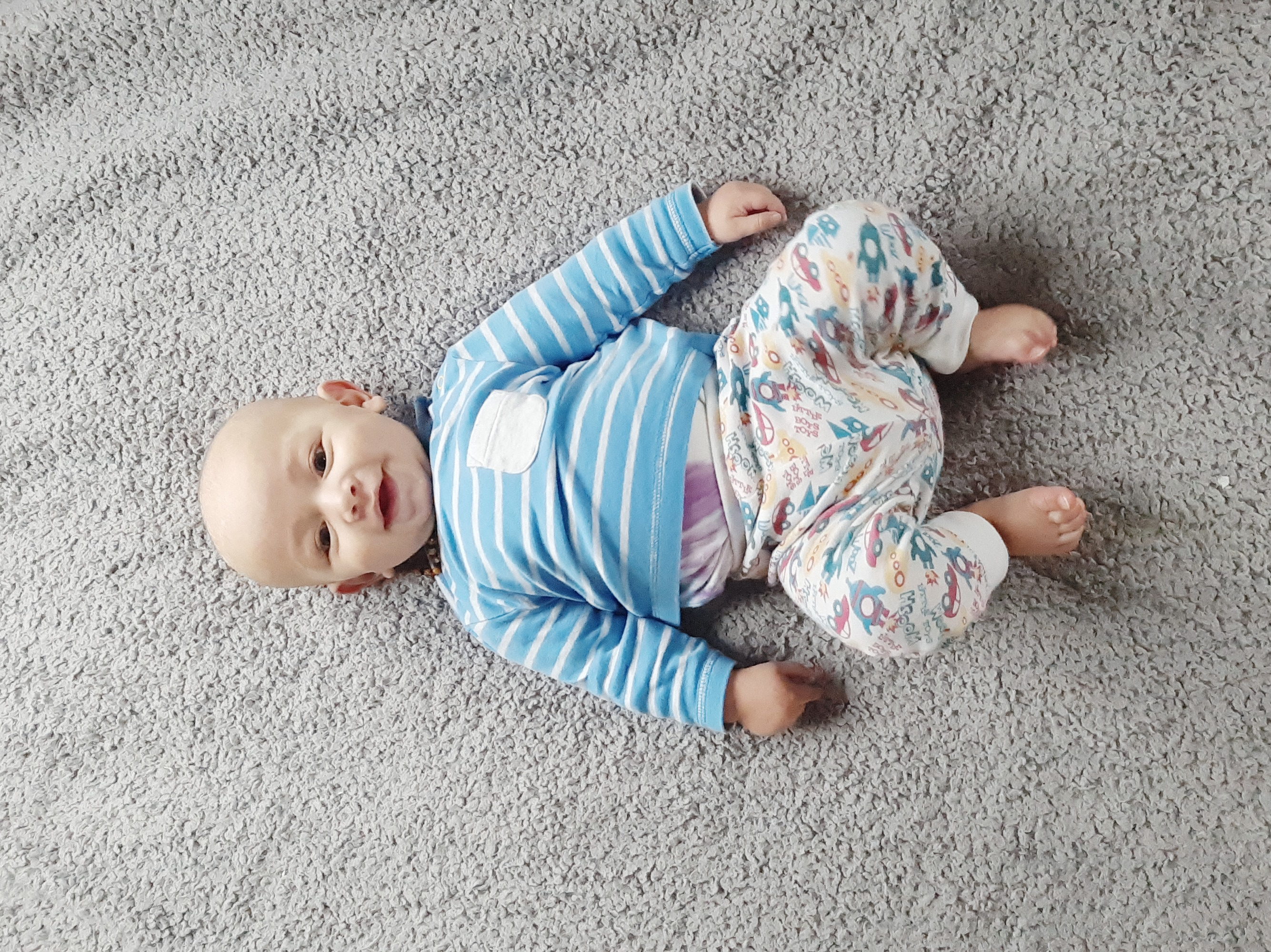 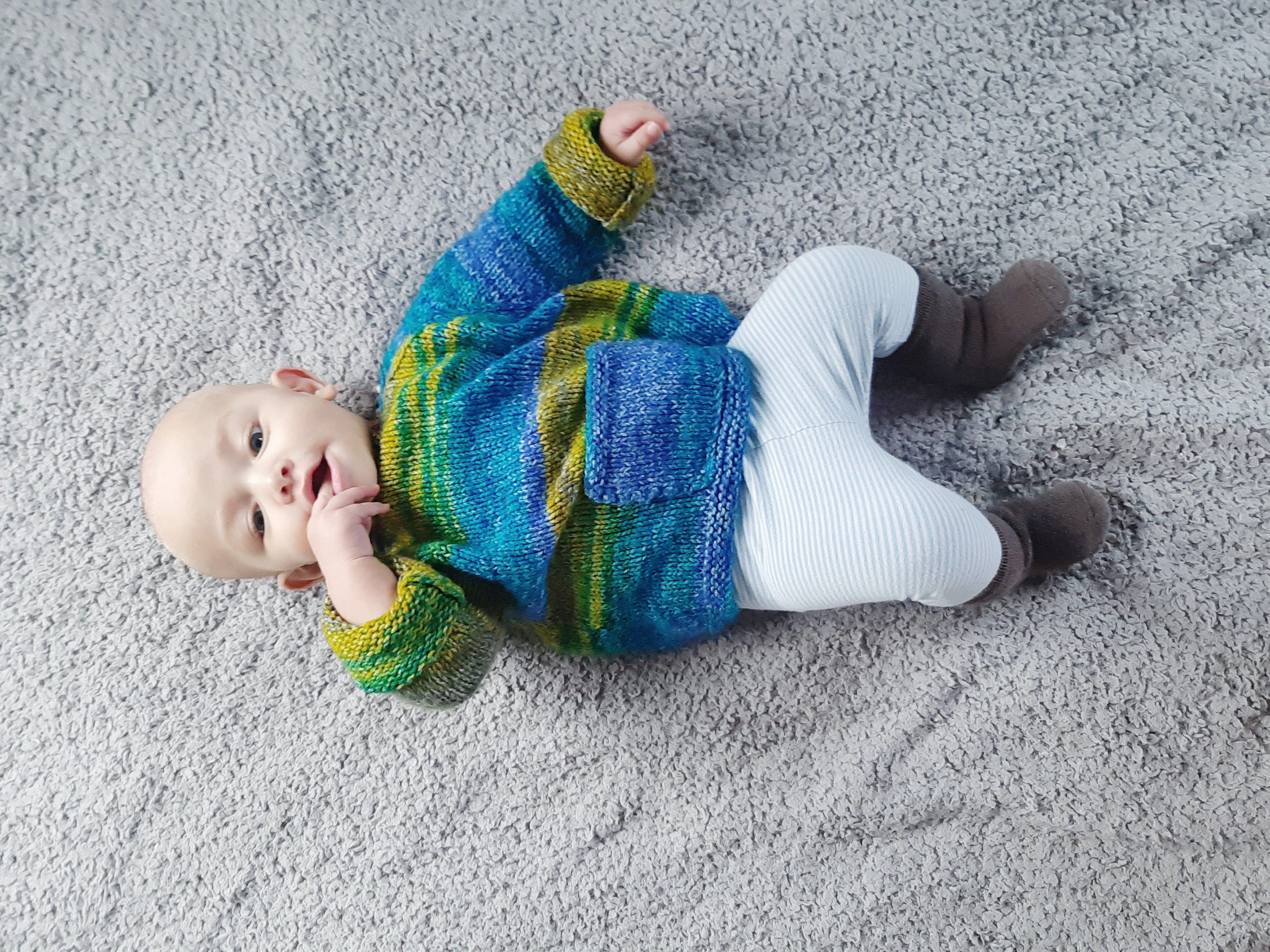 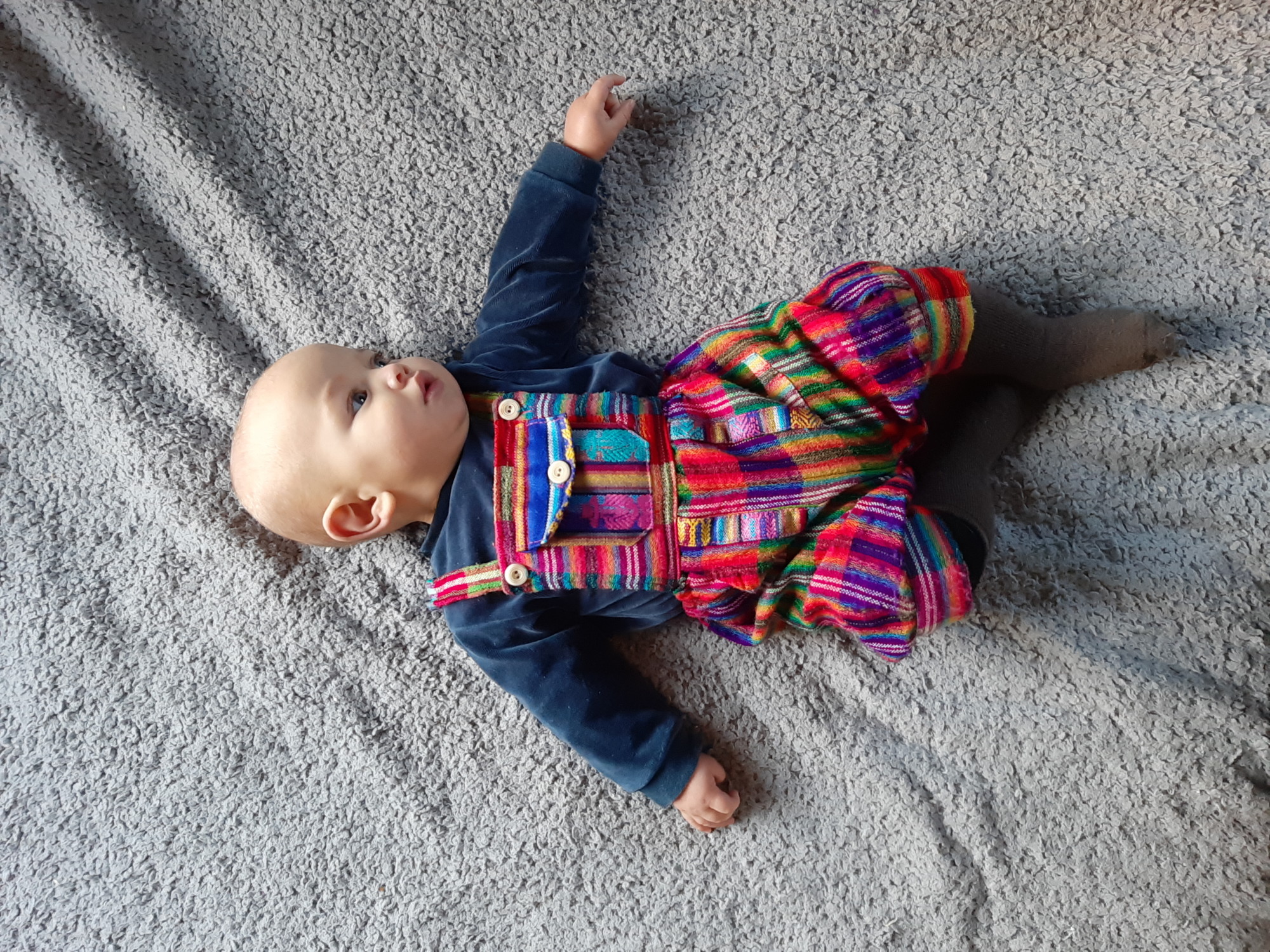 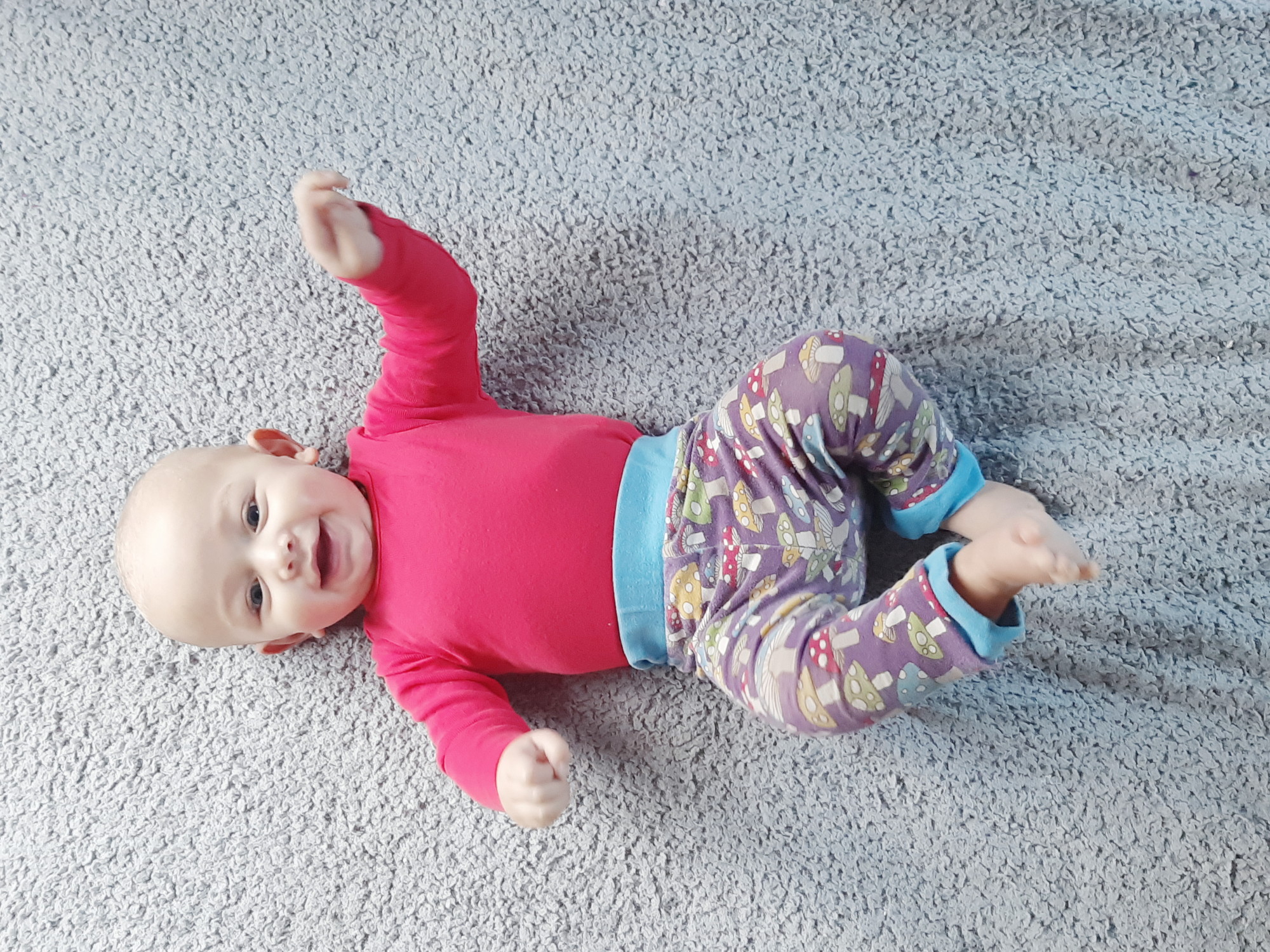