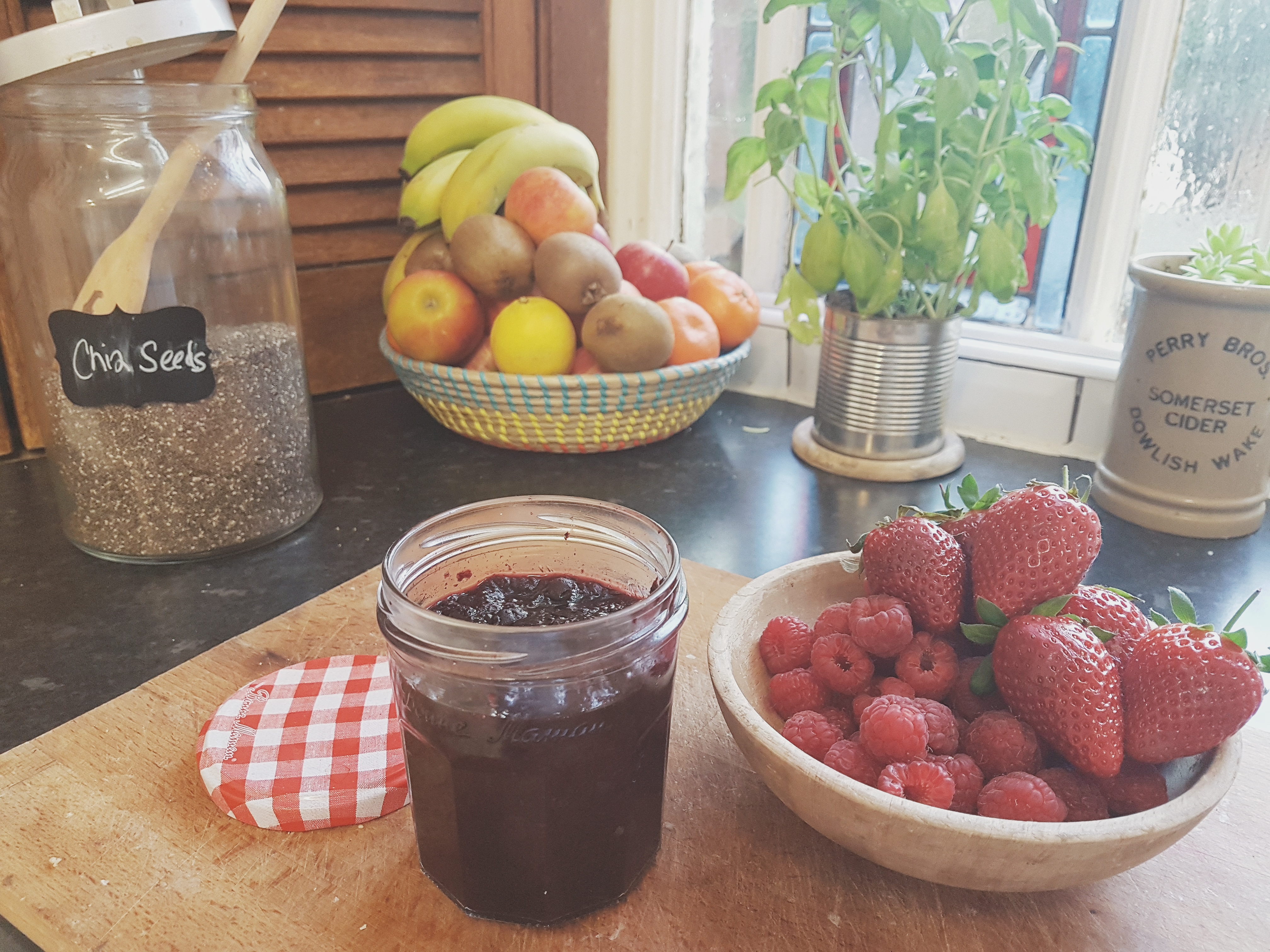 Porridge is pretty much all I eat for breakfast, for at least 9 months of the year. I’m a creature of habit, and I love something warm and filling in my tummy in a morning, something that will keep me full until lunch. Most of the winter I’ve been eating porridge with a spoonful of nut butter mixed in, topped with either banana, fresh berries or some fruit compote if I’d made it.

Then I discovered this. Game Changer. It’s my new current obsession, so good I could happily eat it for every meal! It really is THAT good. I’ve actually just made a big batch of toasted oats so that I can just skip that step each day, but really, it doesn’t take much work in the morning and the taste is totally worth it.

Porridge is fab as it really does fill me up, and avoids the need for a mid-morning snack. Loaded with fruit and extras such as flaxseed, pumpkin seeds or nut butters it’s a great way to get lots of goodness in first thing. The blueberry chia seed jam made the perfect accompaniment to the coconut-ness of this, thickened with chia seeds you avoid the need for all the refined sugars jams are usually packed with, and end up with a healthy side to dollop generously on your breakfast. 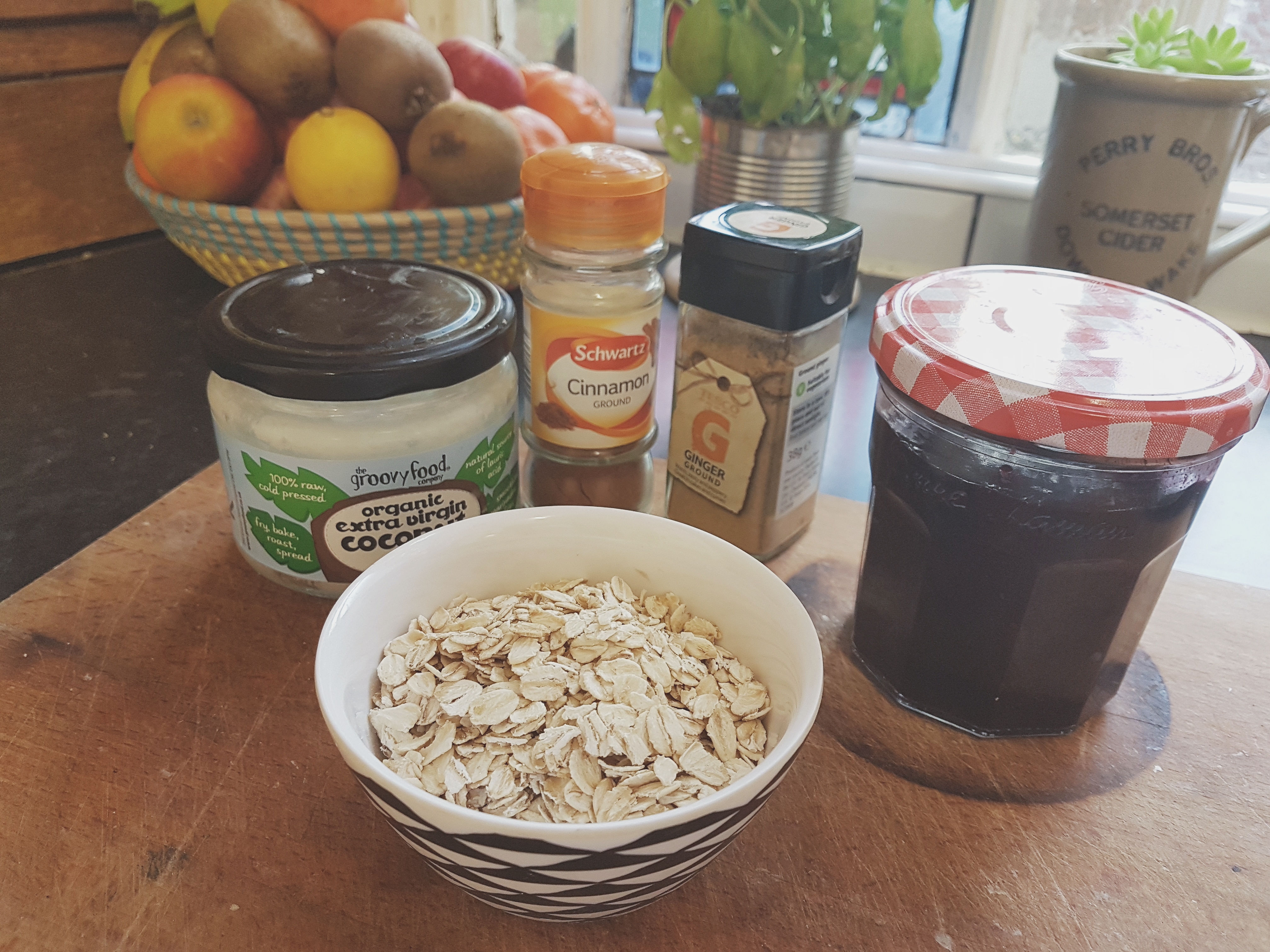 FOR THE BLUEBERRY CHIA SEED JAM 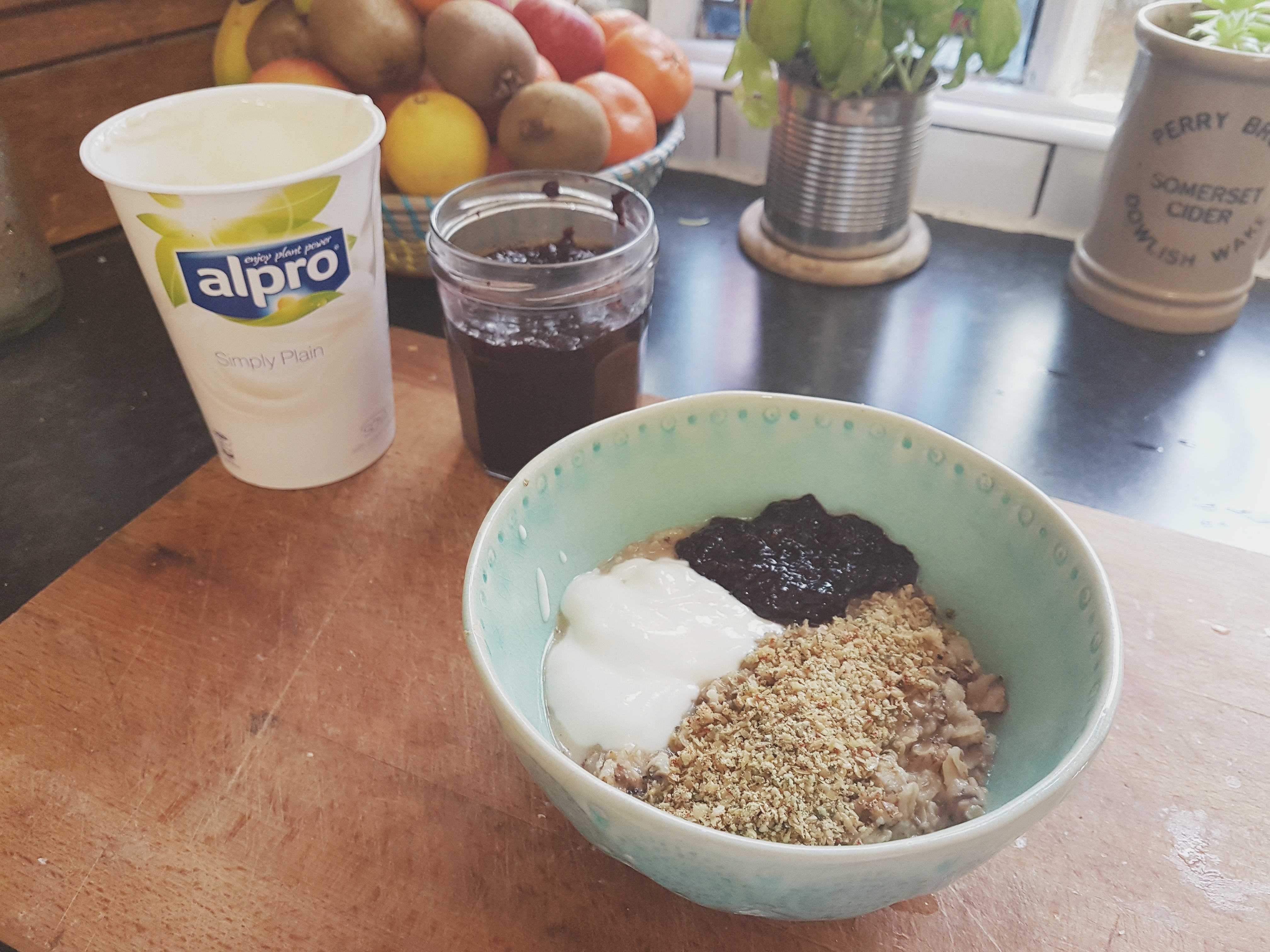 1| Put the blueberries in a pan with the water and agave, bring to a boil and let simmer for ten minutes. I tend to mush the berries up a little with the back of a fork. Turn off the heat, stir in the chia seeds and leave for twenty minutes to thicken. I keep mine in a jar in the fridge, and they last a week or so {well, they would if they didn’t get eaten up faster!}

2| Melt the coconut oil in a heavy bottomed pan, add the oats/quinoa flakes and toast for 5-6 minutes, stirring regularly until the oats start smelling fragrant and are golden.

3| Pour in the coconut milk, add the spices and bring to a boil and then simmer over a low heat until the milk is absorbed. Cover and let sit for five minutes.

4| To serve,  pour into a bowl, top with a generous dollop of chia seed jam and a spoonful of yoghurt and a drizzle of agave if you like it a little sweeter. I add a sprinkle of an omega mix of ground linseeds, sunflower seeds, pumpkin seeds and goji berries too. 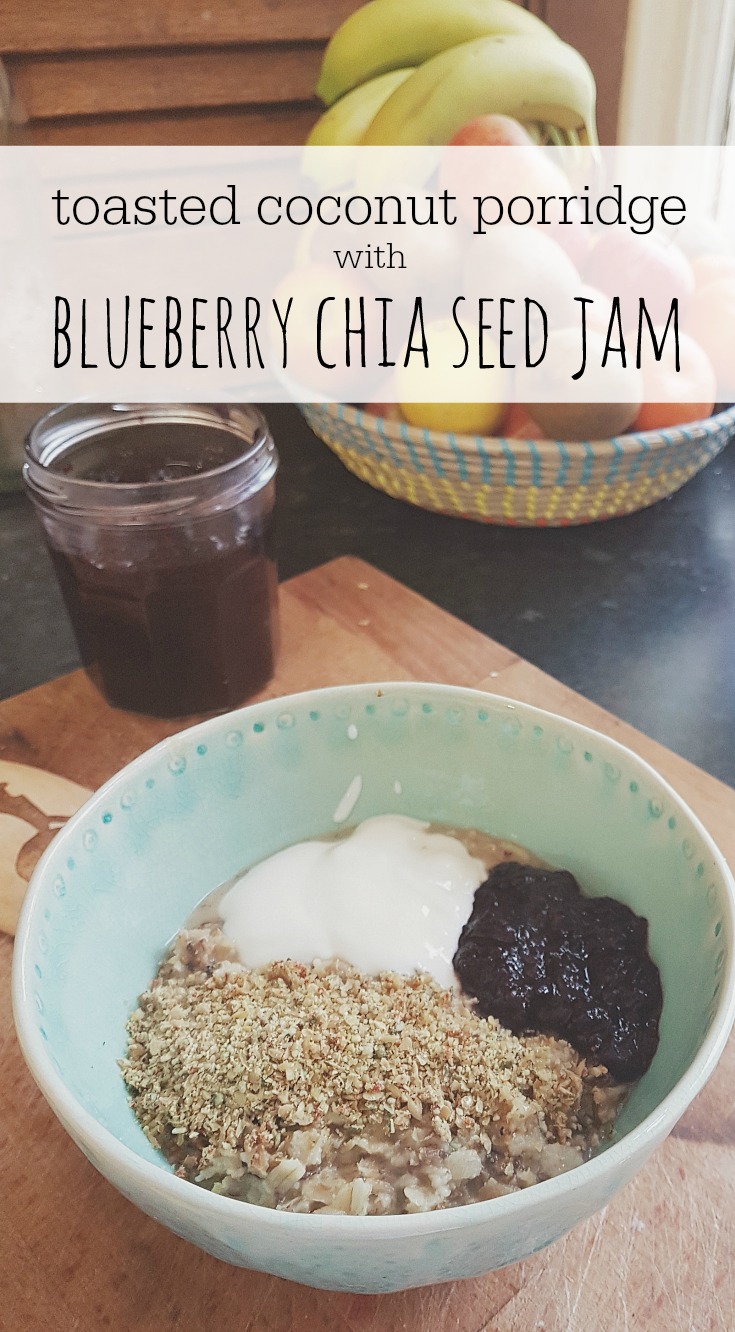