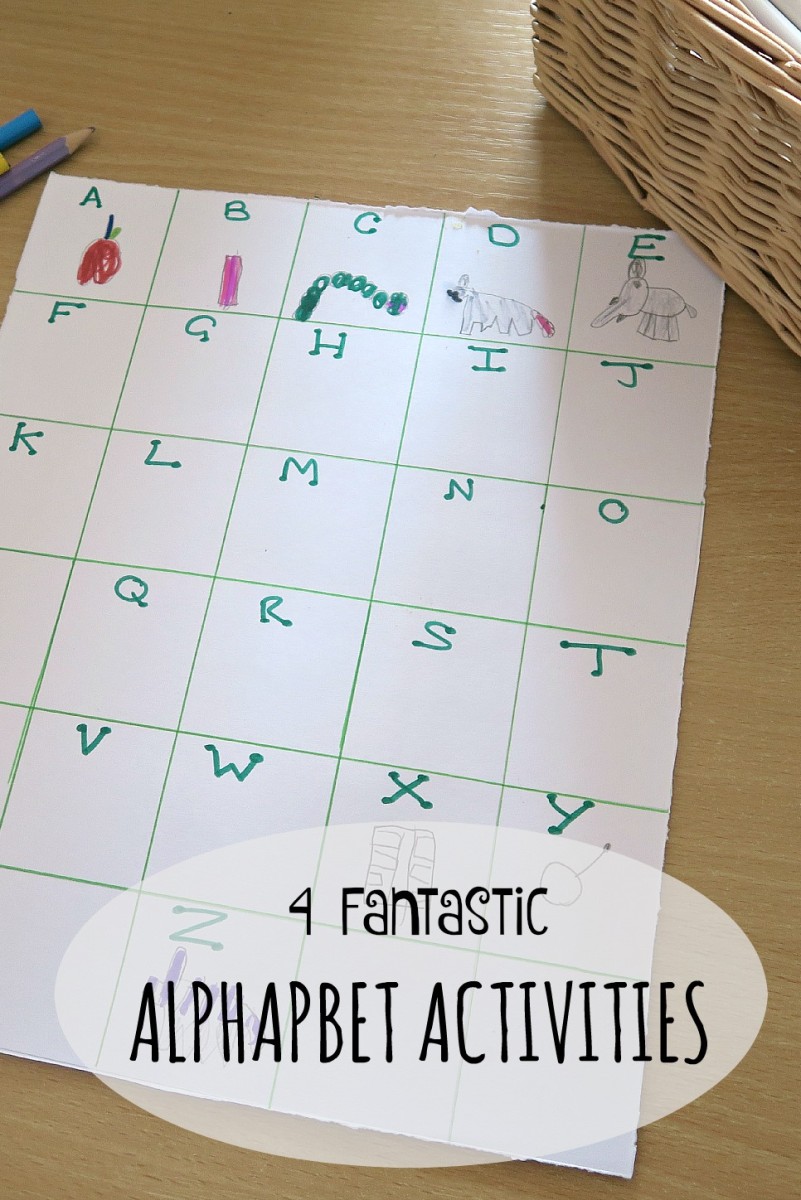 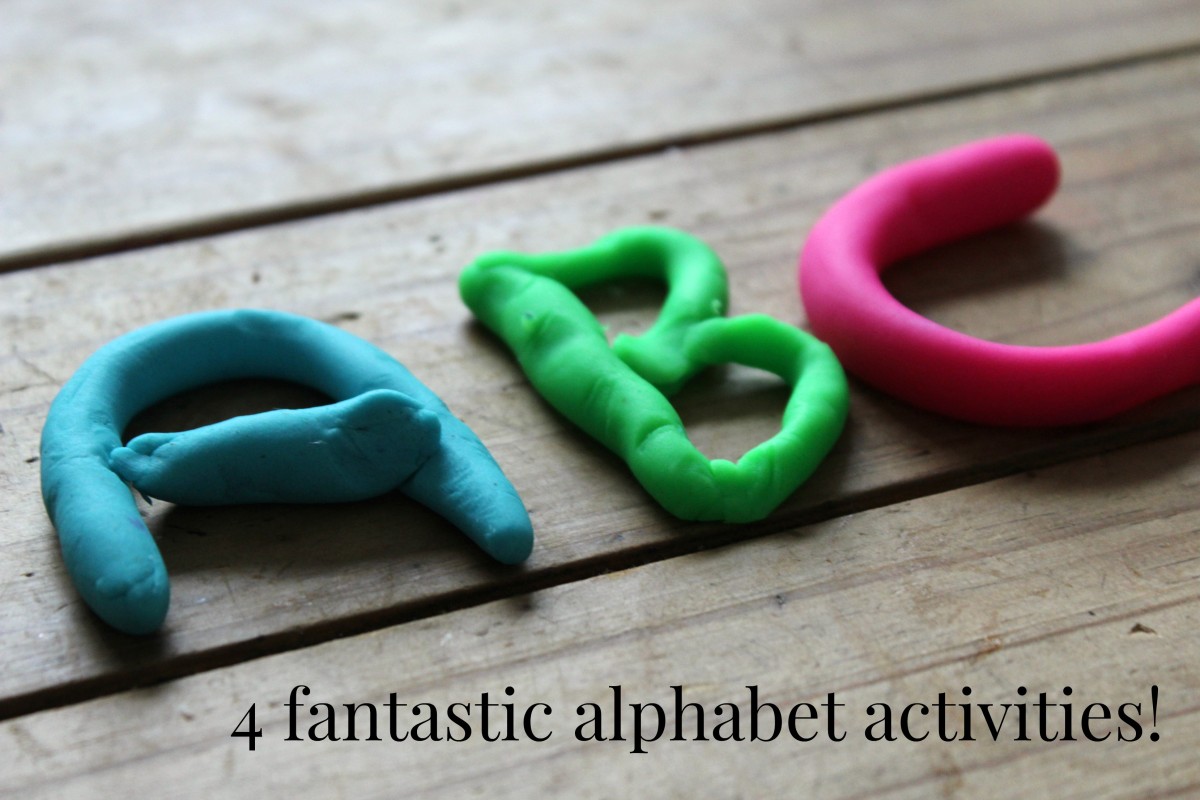 Here are four fun ideas to help your child learn the alphabet. These work with toddlers but also for older children who need some extra practice or if they are beginning to read. Baya asked to make an alphabet poster last year, at 6 she certainly knew all her letters but had fun doing it anyway – and Kiki decided it would be a fun activity to join in on too. You can adapt these activities to suit different ages 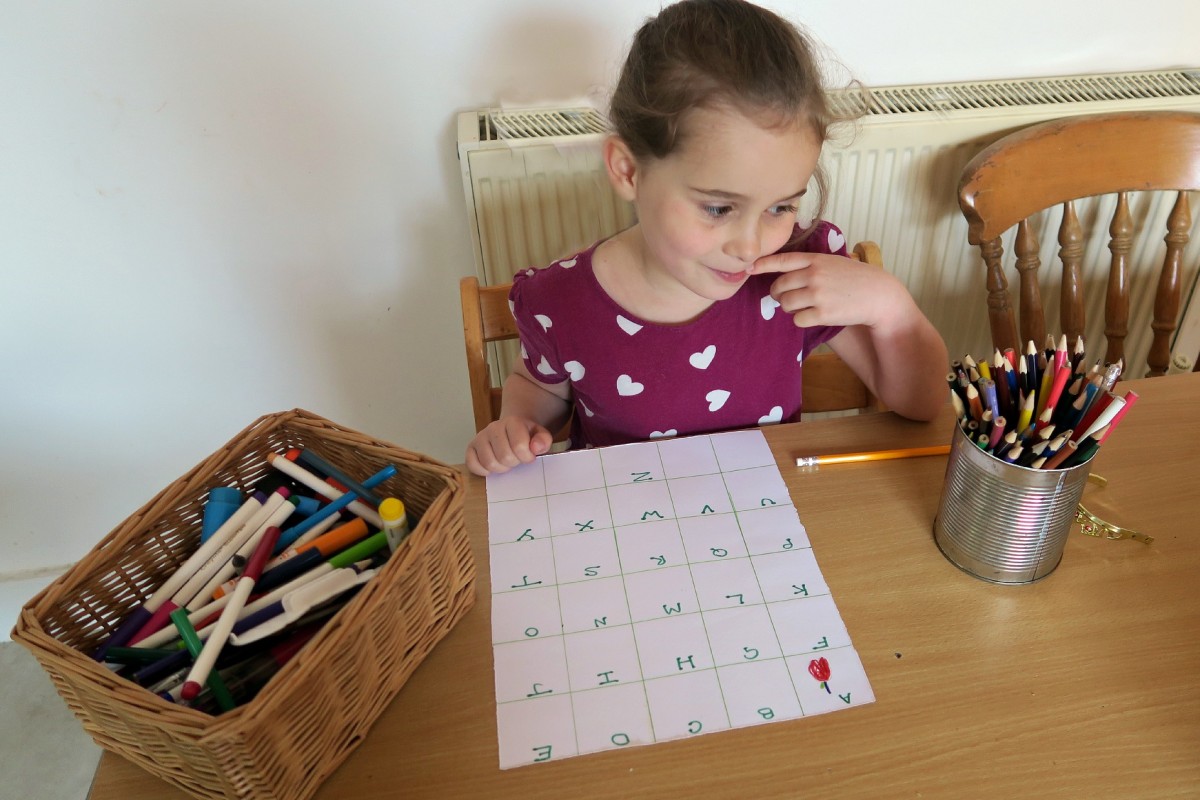 I used a sheet of A4 paper – though bigger would be good too!, and drew a grid on. For a younger child you could write the letters in each box ready for them, then ask them to think of a picture to draw for each letter – apple for A, bird for B, etc…

For an older child they could write the letter themselves and draw a picture. For children who can write they could also write what the picture is at the bottom of each box. If they can read and write fairly well, you could ask them to write down 5 words for each letter rather than drawing a picture {so – A – apple, ant, acorn, aunt, angel}. This could be a great way to make a list of commonly used words so they can refer to it for spellings when they are writing. 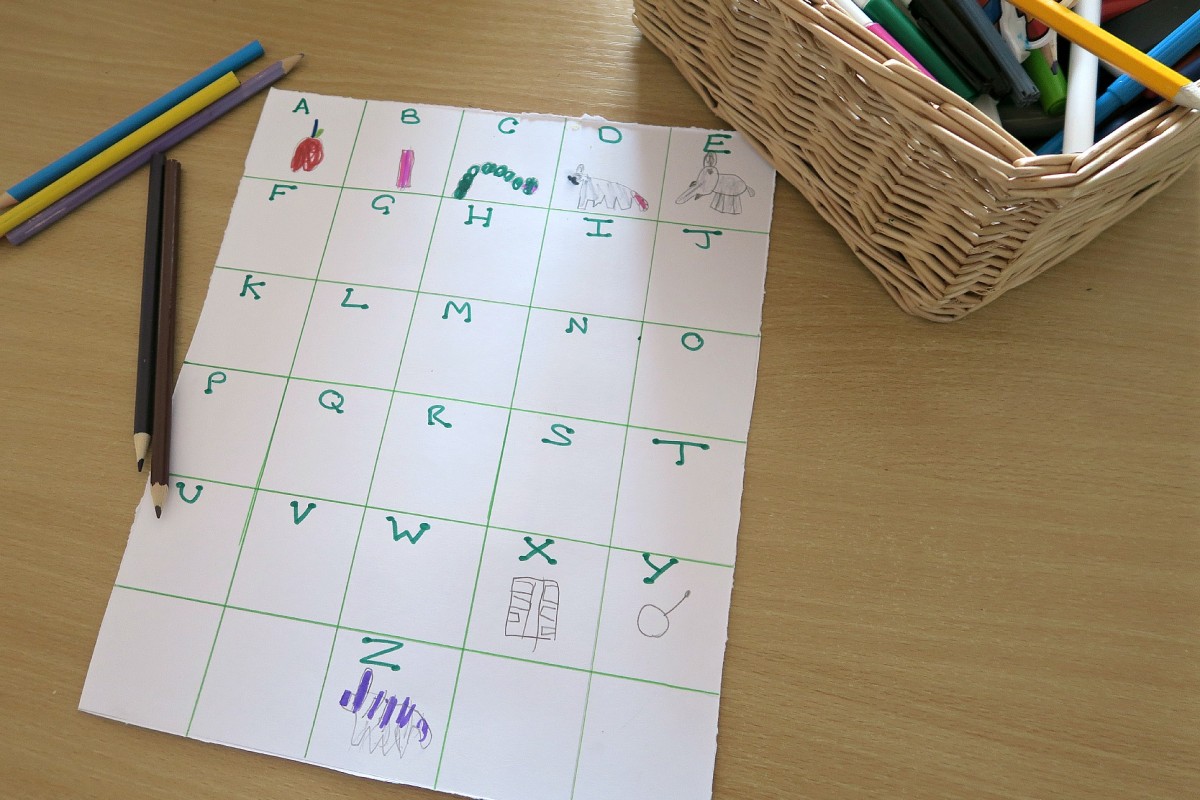 One activity I have done with my three bigger girls when they were pre-schoolers was to create a collage for each letter. We took a sheet of A4 paper, drew on a letter {or you could print off a template like these ones}. You can either draw pictures like Baya did, or you could search through some old magazines and cut out things that start with the letter you are looking for. 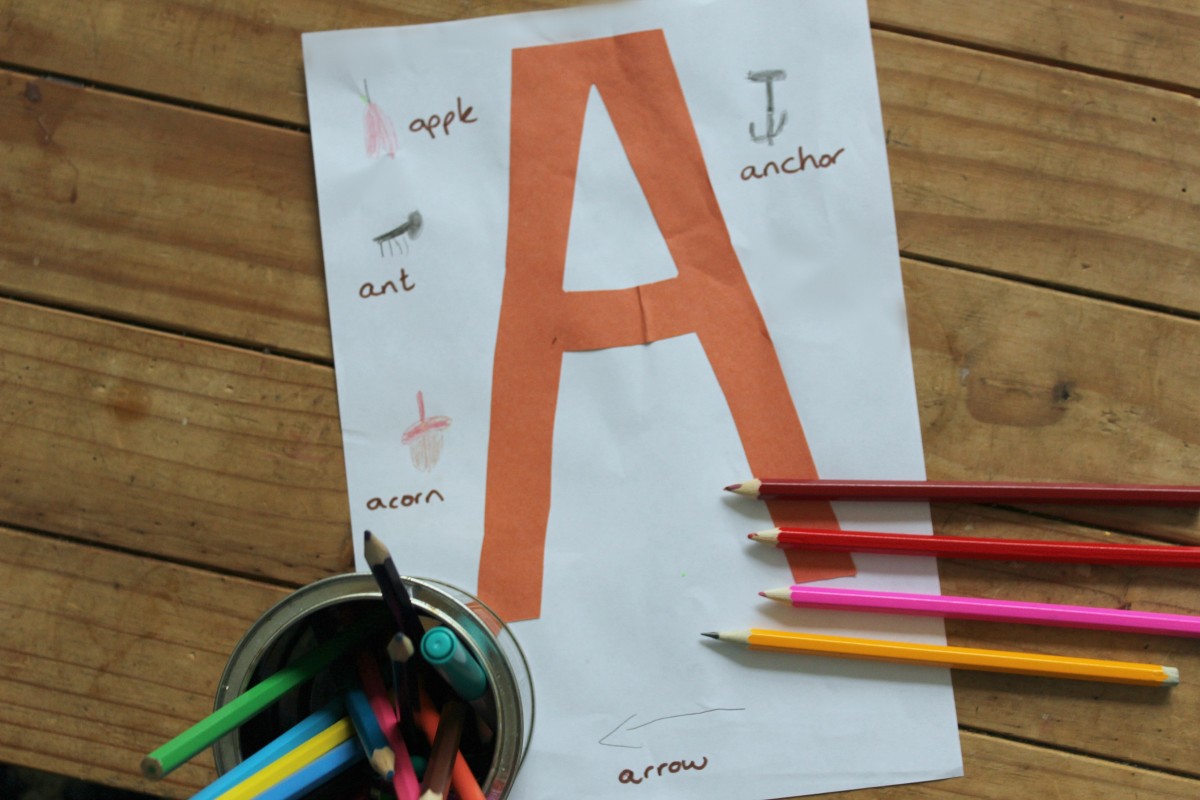 Engaging all the senses is a great way to learn. My girls loved creating letters out of playdough when they were little. You could make each shape and get your child to copy, or you could write the letters of the alphabet on a sheet of paper {laminate if you can} and let your child use it as a template. Why not try and spell some words with the letters they make?! 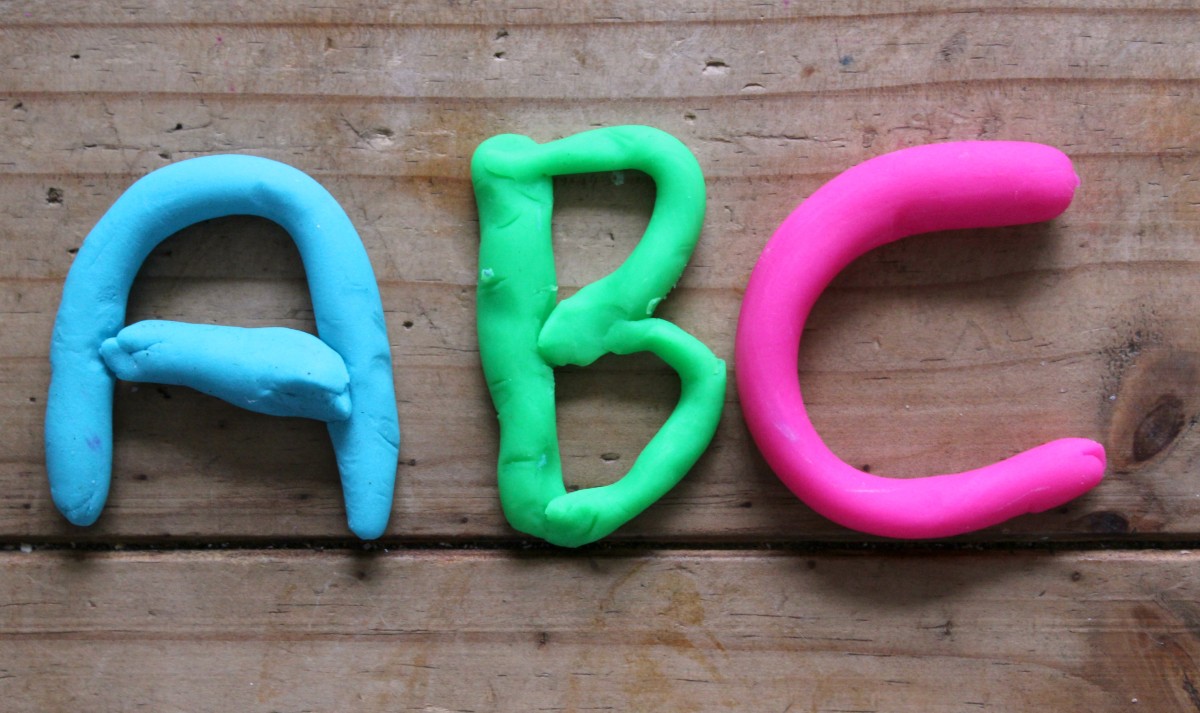 Baya LOVED making these when she was! We cut out a letter shape from coloured paper {we did capitals but you could do lowercase too}, glued it onto some printer paper and then she turned them into an animal that began with that letter – A became an alligator, B became a bear, C a cat… you could even spell out the childs name and make a poster for their bedroom wall! 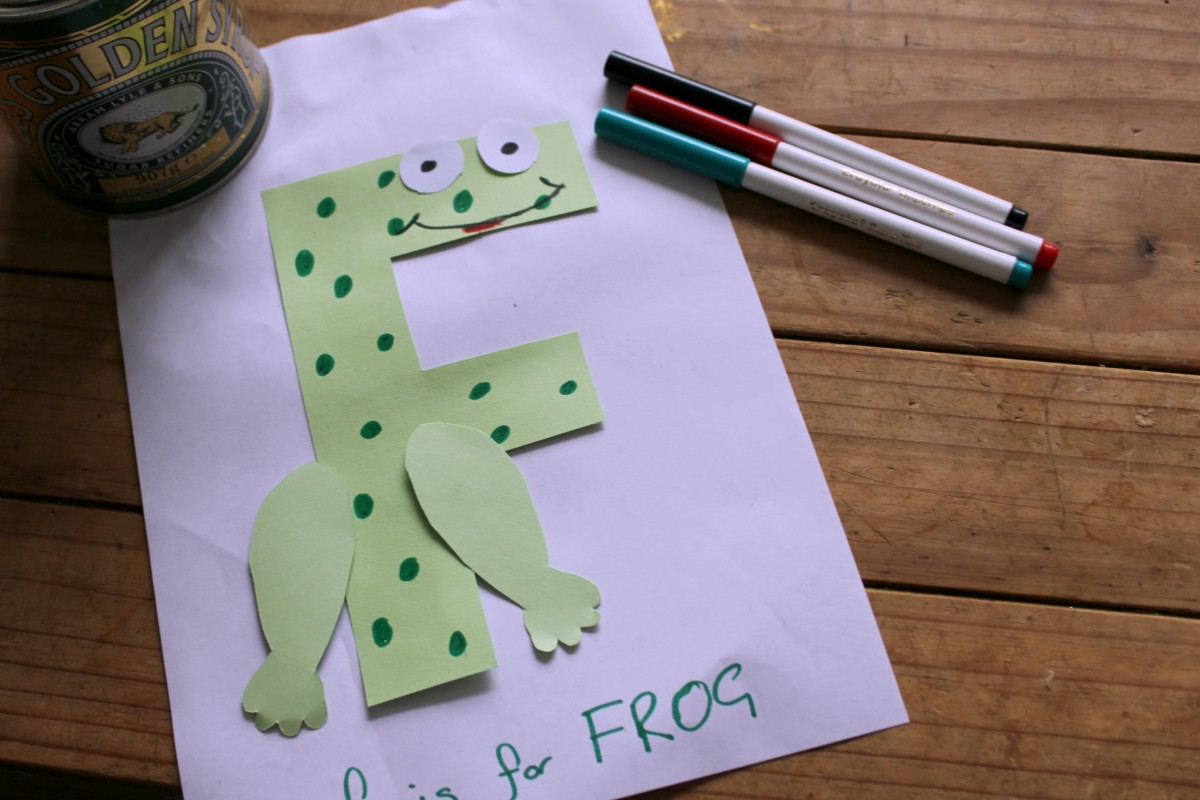 Another year of home ed plans

Watching them fly the nest

Wrapping up another home ed year….

One thought on “4 fantastic alphabet activities”

Forever jealous of his hair 😍😍