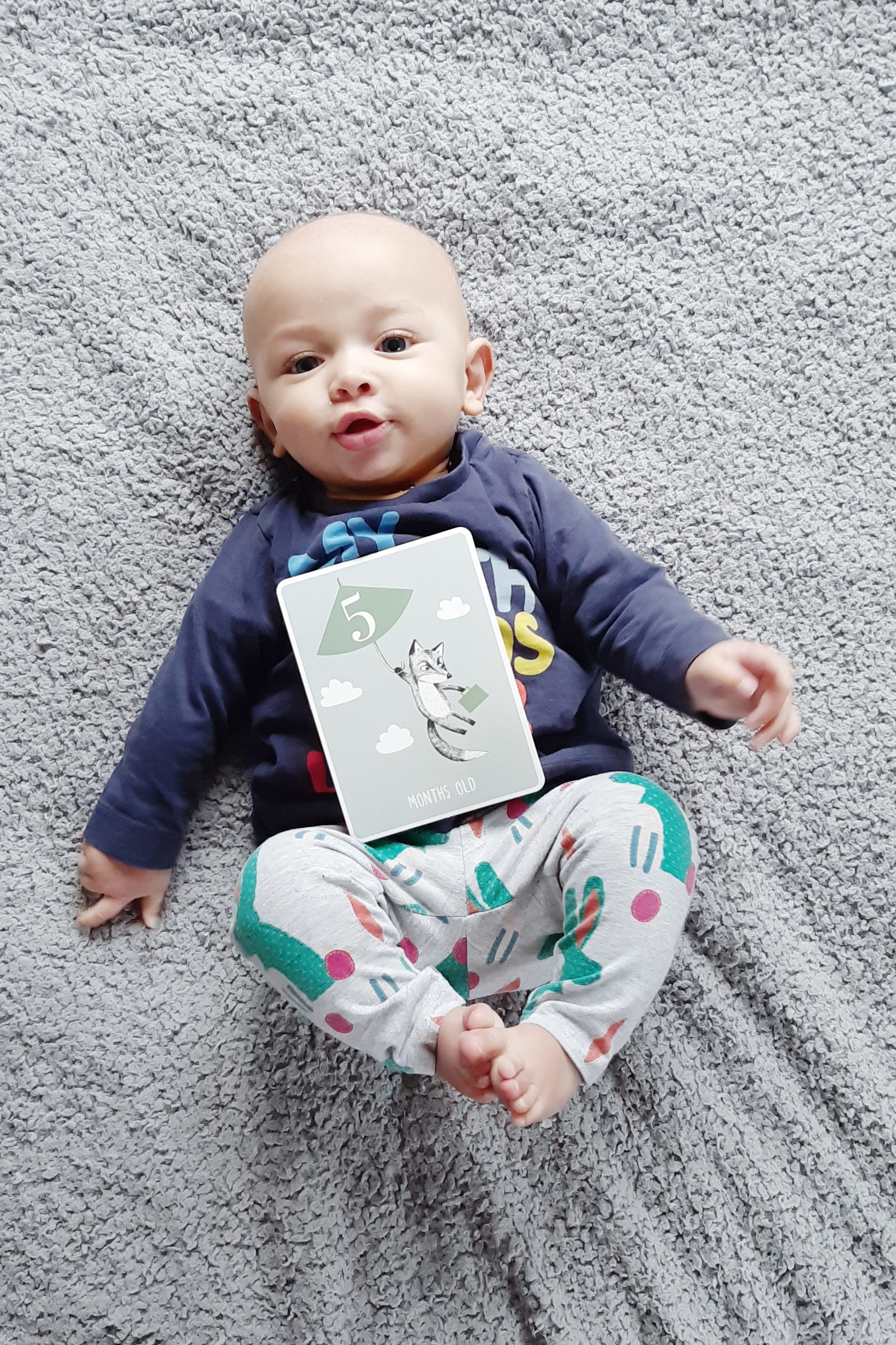 Um, hello time please slow down! Five months with this little man already. It is going far too fast, and I know he’s going to be not a baby before I know it. He is so desperate to be up and on the move, wanting to join in with his siblings in everything they do.

He is almost sitting up by himself, but not quite. He’ll sit happily in between my legs and play with his toys, he loves the bumbo seat too and his little Jumperoo. But only for a short while – he likes being held best of all, or sitting on my knee. He hates the pushchair and car seat with a passion, so I’m carrying him in the sling most of the time, but it’s taking its toll on my back which isn’t great anyway.

He’s started grabbing for all the food he can see, he’s been having some purees, and I think he’s going to love eating once he’s big enough to really have finger foods. He loves sitting in his highchair at mealtimes with us all – though he watches every mouthful I have!

He is still not the best sleeper. Most nights I have him down for half-past nine {I can’t make it earlier as I have bigger kiddos to pick up from groups/make dinner for when they get in}, I usually manage to put him in his sleepyhead pod, so I know he’s safe, and he’ll stay there for an hour or so, usually at least until I go to bed. Once he wakes, he’s in with me, and curled right up with me. He wakes numerous times a night for a feed, but mostly just a cuddle. It’s exhausting, but it is what it is and I usually manage to sleep well in between wake ups!

He loves playing games now, and is getting such a funny little personality coming through. We get so many smiles and giggles. He absolutely loves having a bath, and he is fascinated by our kitty cats.

We love you little man ♥ 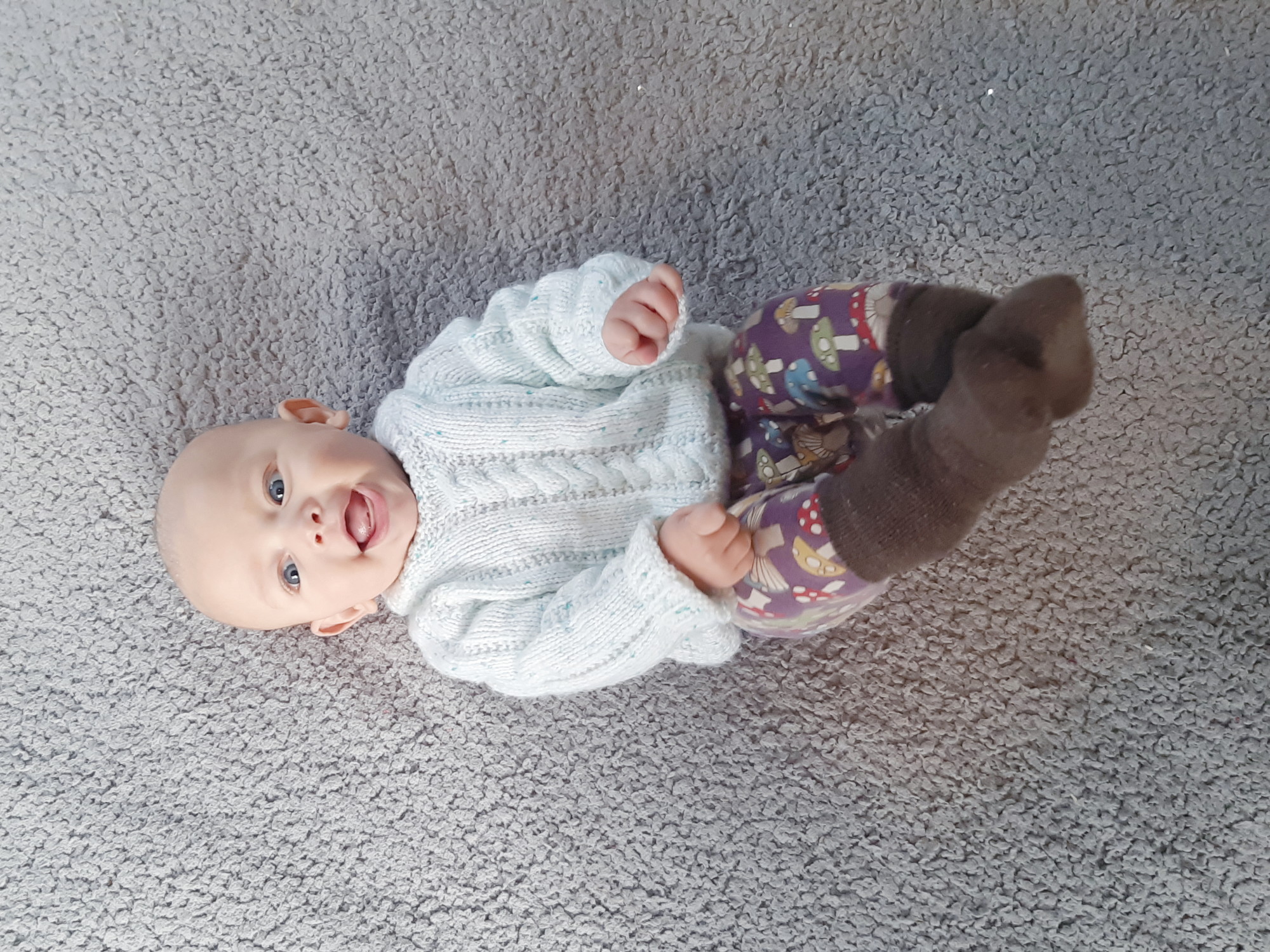 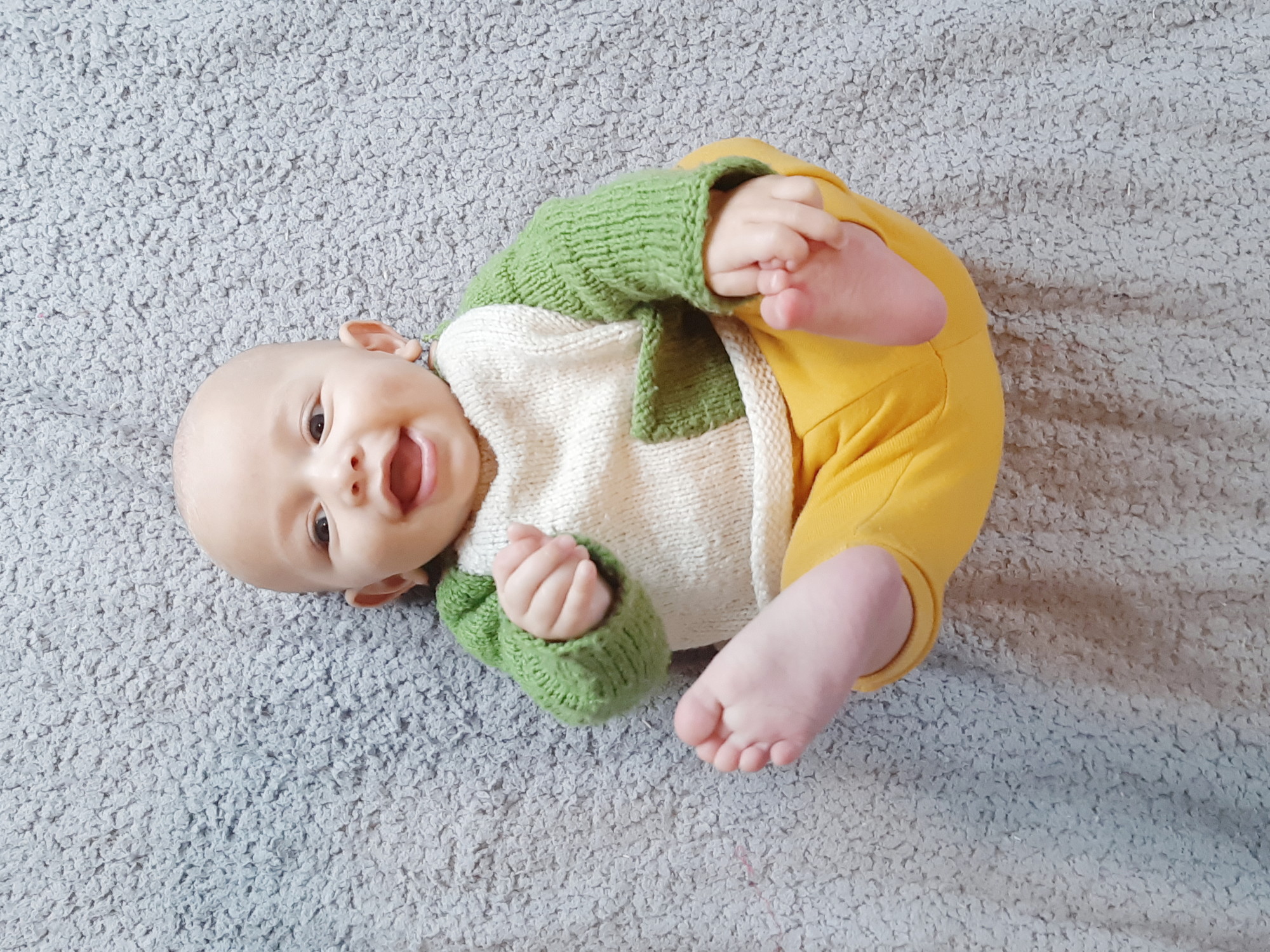 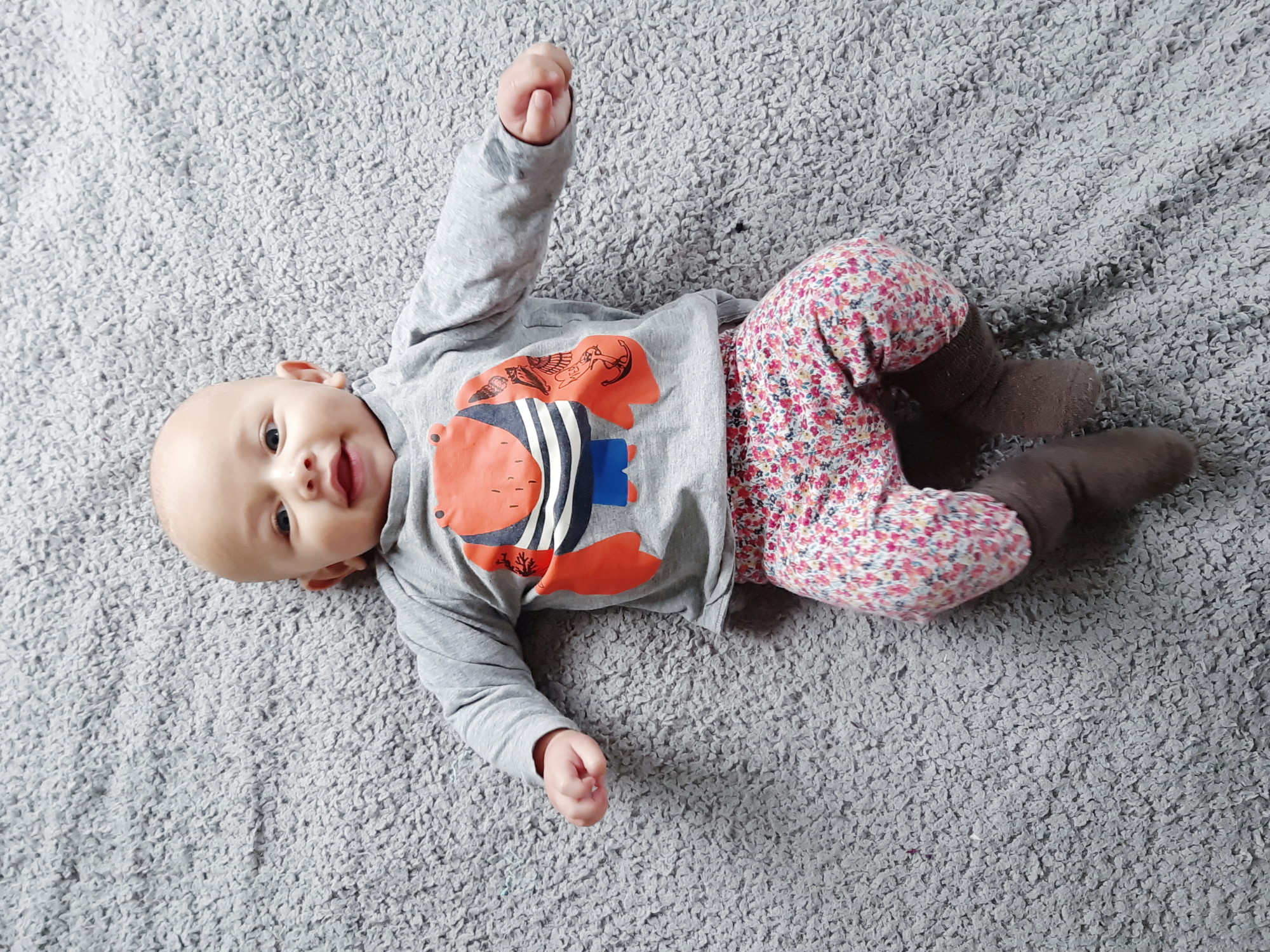 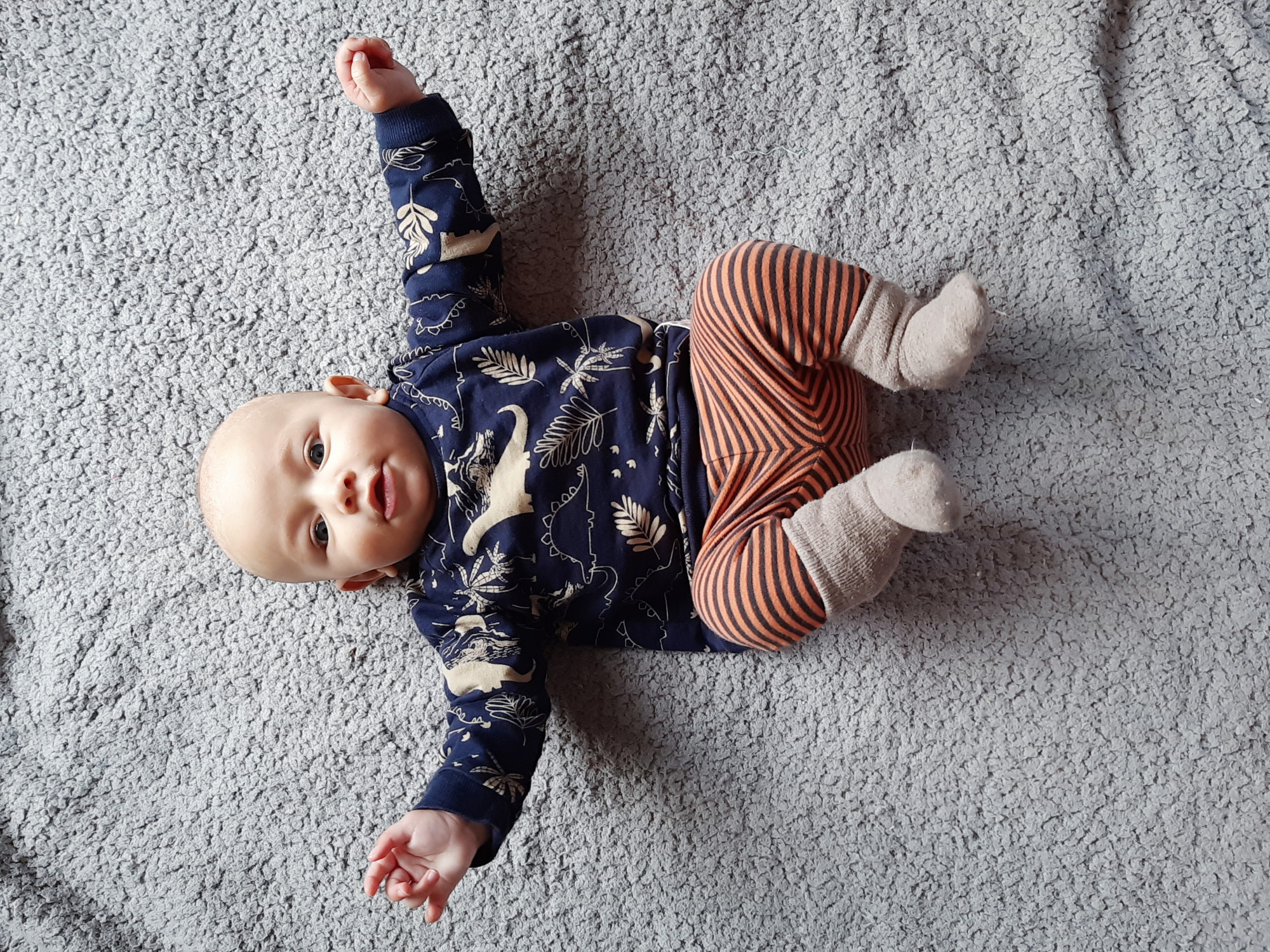 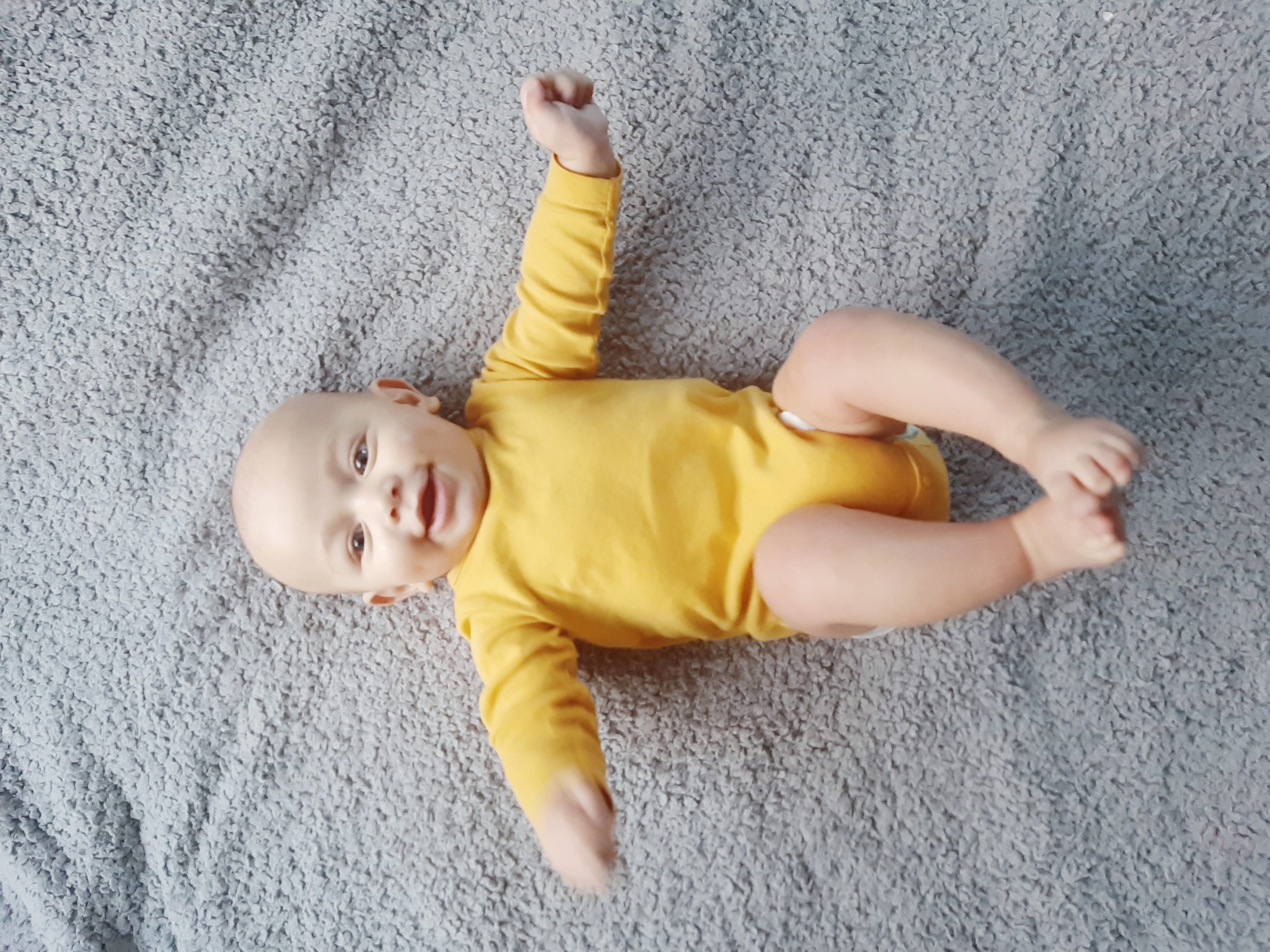