What I eat in a day as a Vegan 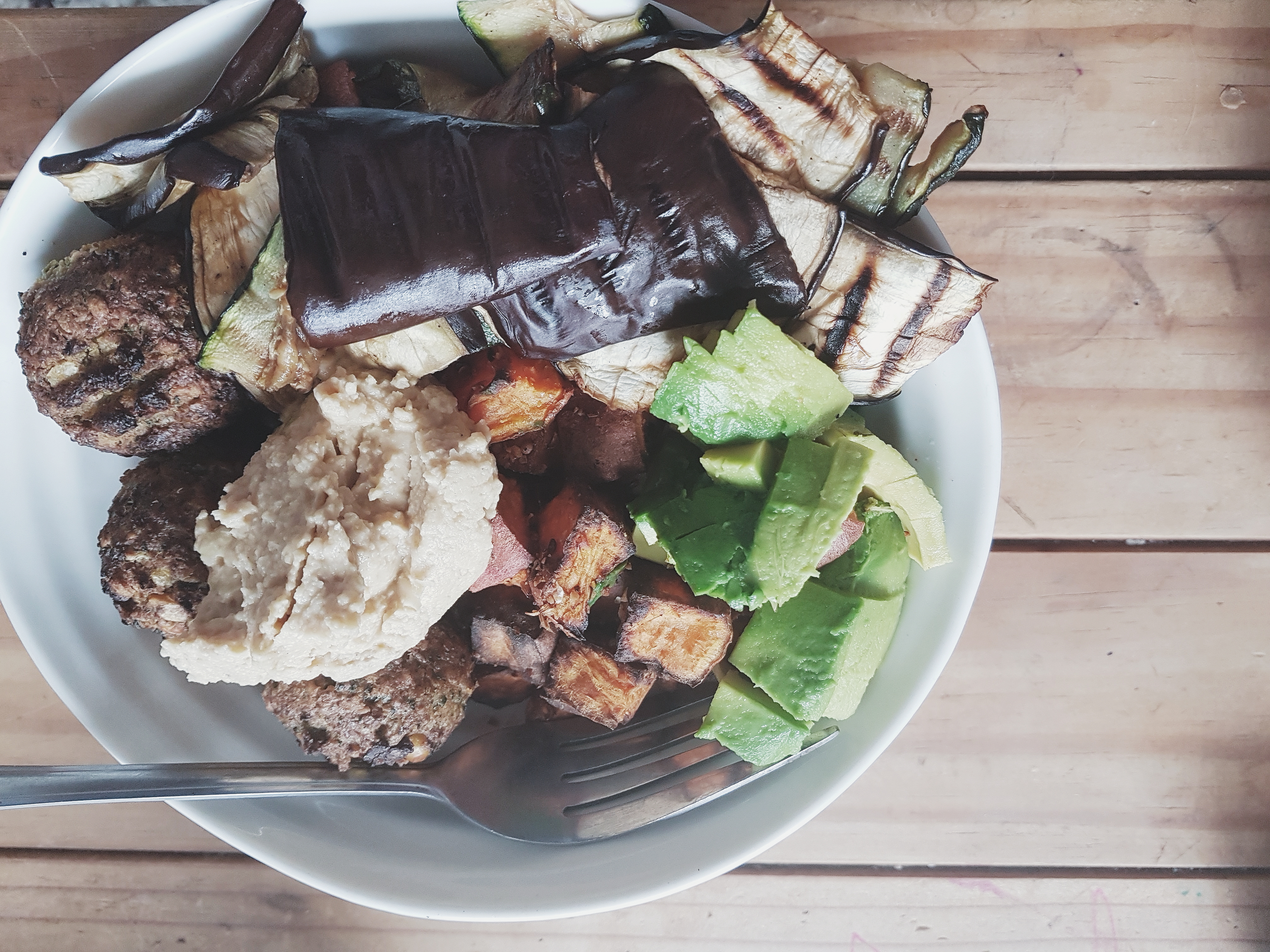 I vlogged a vegan ‘What I eat in a day‘ a little while ago, but thought I’d do a post to share a typical day’s food on here too. A little background… I’m been vegetarian on and off {mostly on} since I was ten, though I barely ate any meat before that age, I never liked it really. I ate a little when I first got together with my ex, I was recovering from an eating disorder and he encouraged me to do so, though I was never entirely happy with it. When I was pregnant with my second child I craved meat something awful {I used to make my then husband go by me a ‘terminater’ {bacon, sausage, and egg} sandwich all the time from one of our local sandwich shops haha! I then went veggie again and gave in to his meat-eating ways after Vega was born [mainly as he complained so much about eating veggie at home]. January 2017, and I’d been thinking about going veggie again since we’d split up when my eldest daughter announced she was going veggie – so that sealed it, a couple of days later and I decided to go the full way and be vegan. It was something I’d been thinking about for a while, had tried for a little while a few years previously, but failed due to my cheese addiction.

A year on and I can hand on heart say it was the best decision I have ever made. Obviously, there are the ethical and moral implications of eating meat/dairy which never sat well with me, but I never enjoyed meat, and while I did enjoy dairy, my body didn’t. I also cut out gluten/wheat as it never agreed with me and gave me IBS-like symptoms, and I rarely eat refined sugars. Making such a drastic change to my diet made me really examine what I was eating. Now, my diet has never been better. I Used to rely on bread, cheese, more bread, cheese and some pasta… literally! Now, I eat a huge amount of veggies every day, grains that agree with me, good fats –  nut butters, avocados, etc, and fruit.  I feel 100% times better physically and mentally since I went vegan, I eat lots all day every day, am never hungry, weigh less than I used to and have way more energy. Win win!

I pay so much more attention to what I am eating, I’m about to start tracking my macros to help me reach some fitness goals, and on the rare occasions I end up eating gluten/sugars can feel the negative effects. There are so many healthy vegan food options out there, that are just as quick and easy to make, that I can’t imagine ever wanting to go back to my old way of eating. 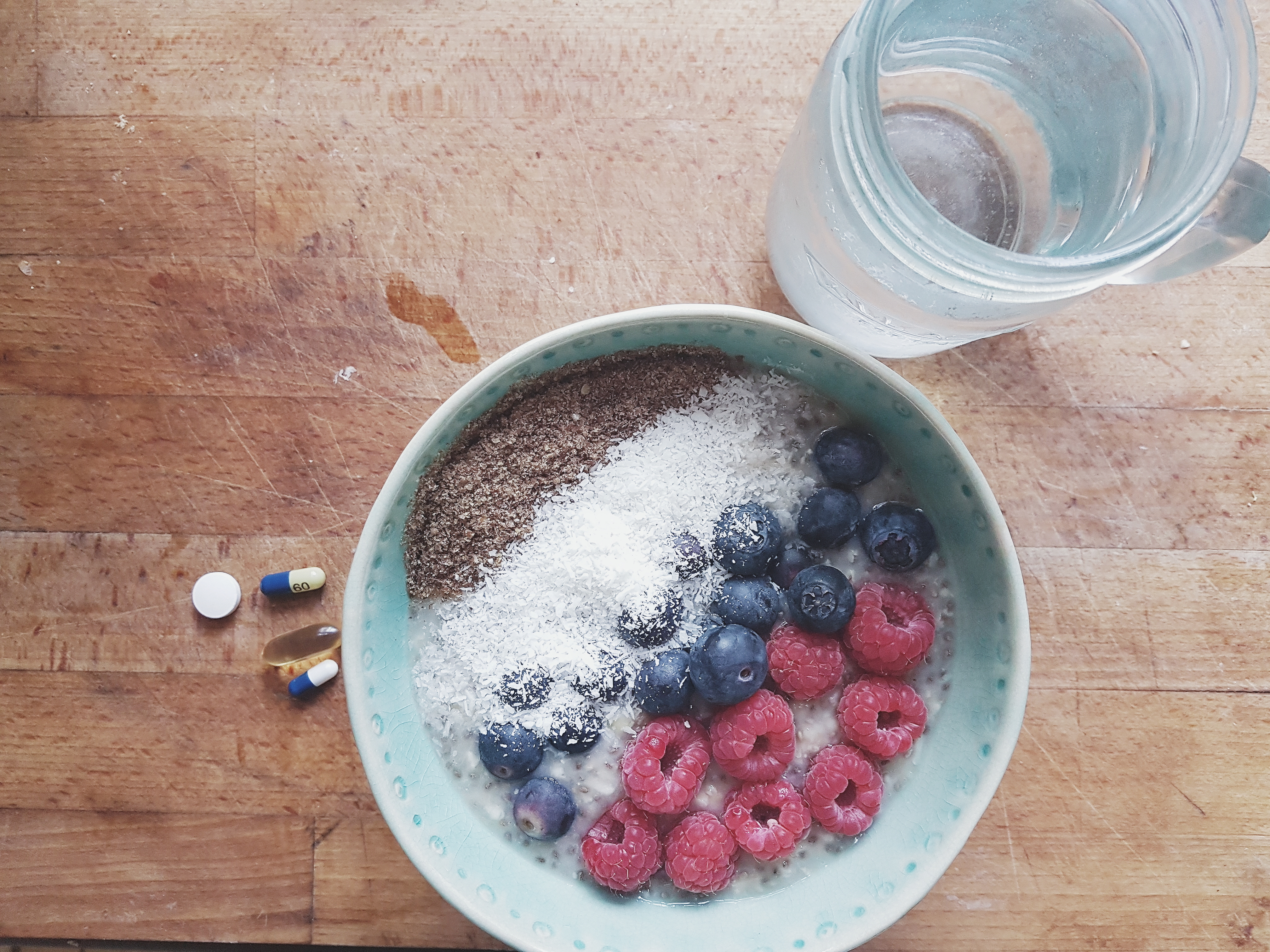 I usually eat breakfast around half 8/9 o’clock, after I have worked out. Most days I have porridge – this is 1/3 cup oats, 1 tbsp chia seeds, soaked in boiling water for two hours, then warmed through with a tbsp of protein powder and a sprinkle of cinnamon. Topped with raspberries, blueberries, flaxseed and coconut. Yum! 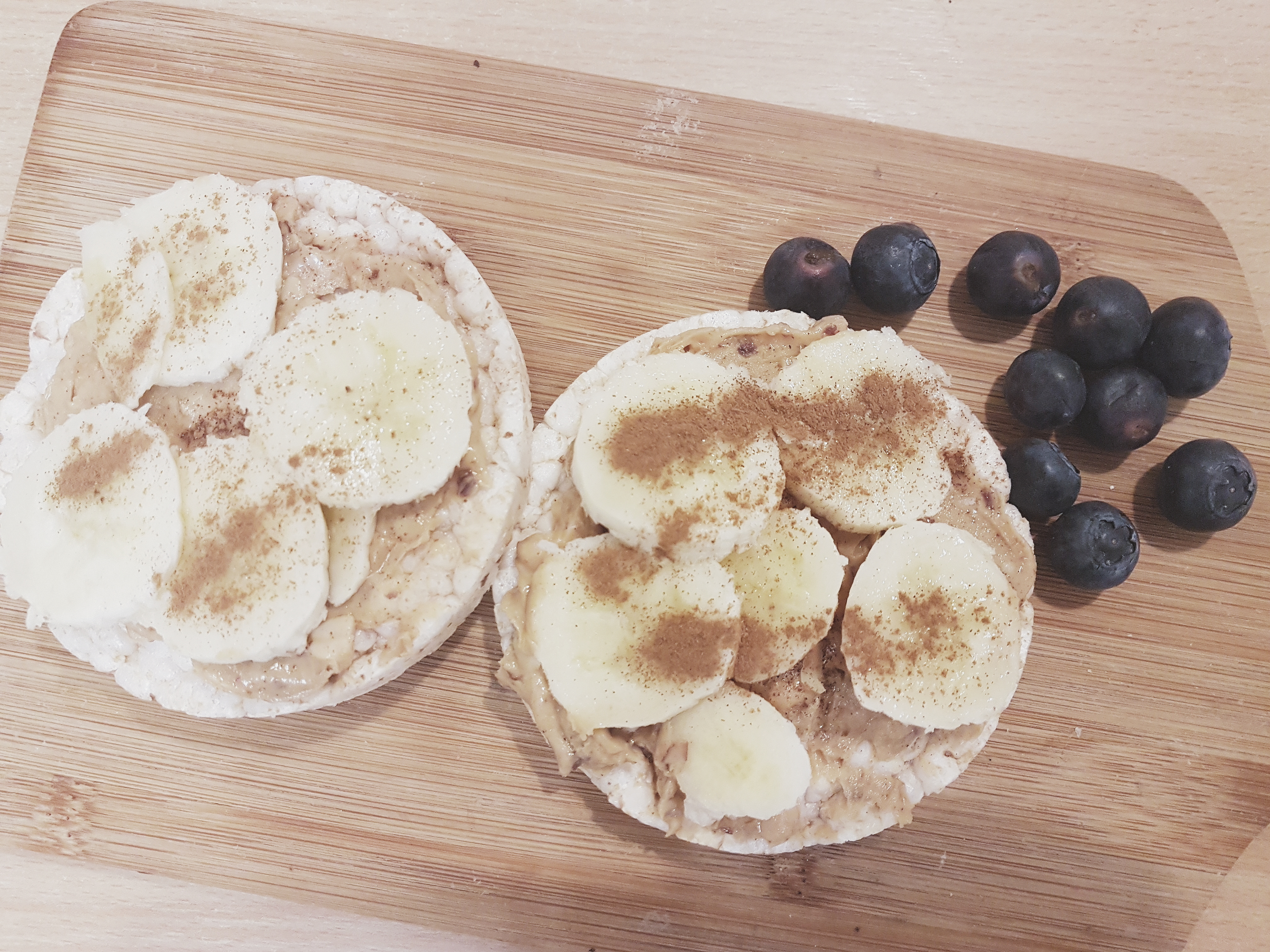 I had a couple of rice cakes, topped with crunchy peanut butter, sliced banana and cinnamon, and a handful of blueberries about 11 am. 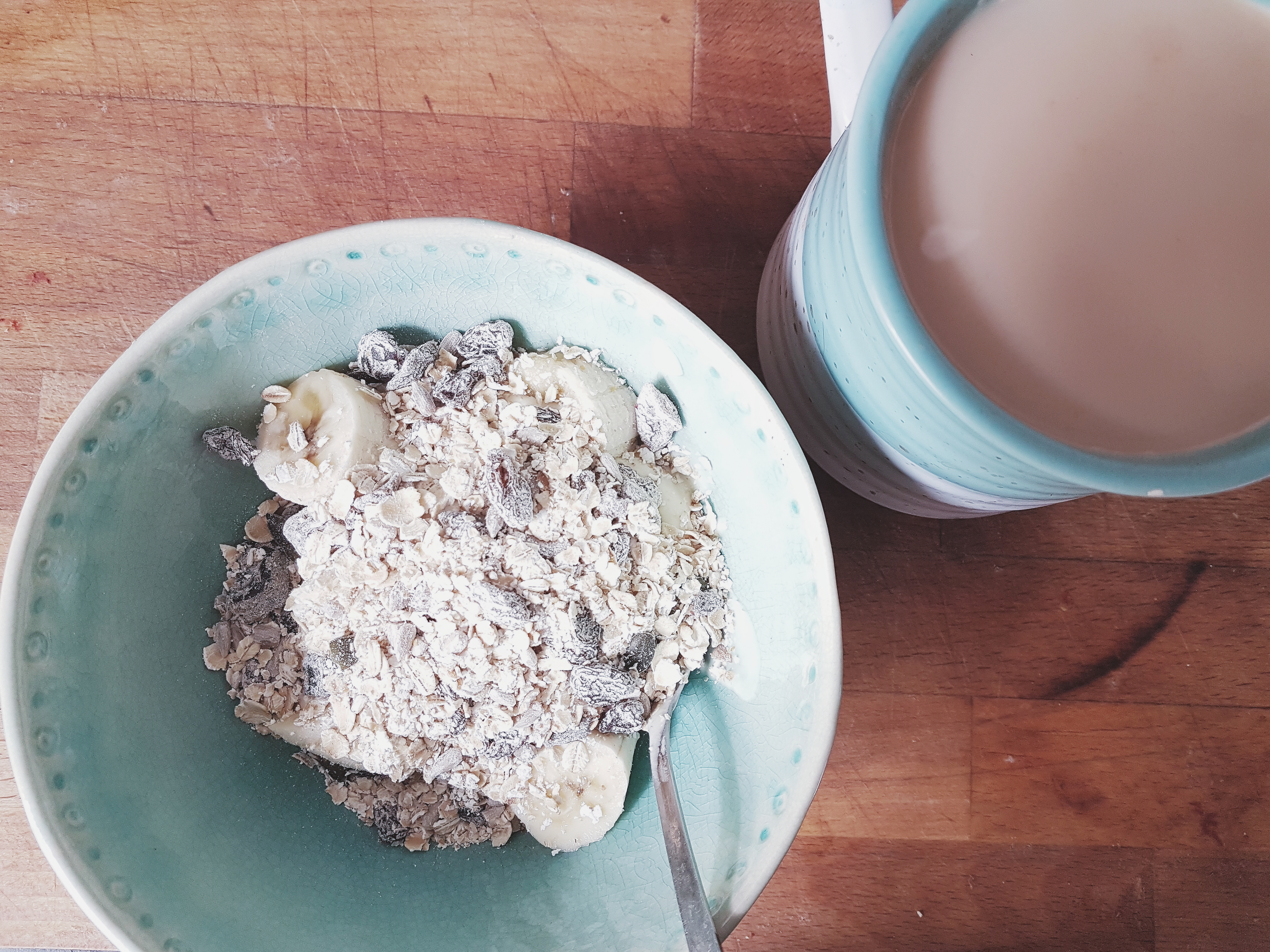 Mid-afternoon pick-me-up at half-past three. One sliced banana, a sprinkle of granola and a couple of spoonfuls of Alpro Soya Yogurt.

Dinner time always depends a little on what groups the kiddos have on that night! It’s usually around half past six – though sometimes earlier or a little later. I had a Buddha Bowl – coconut fried rice, with spinach and miso, topped with roast sweet potatoes, half an avocado, grilled aubergines and courgettes, hummus and three falafel balls. Followed by one of these delicious cashew crush bars. Yum!

I generally don’t eat in the evenings after dinner, I like to give my body a break overnight, kind of ‘baby intermittent fasting’ haha! It works for me, and I prefer working out in the morning on an empty stomach too.

So, that’s a pretty normal day of vegan eating for me. Lunch is pretty much always a salad of some description, dinner varies a lot {you can see some ideas of what I have for dinner in my vegan meal plans} but is usually 50% veg, 25% protein, 35% grain, and there are always at least two snacks throughout the day – more if I’m hungry! I’ve no idea on calorie count, I just listen to my body and choose healthy vegan food options and eat as much as feels right for me.

vegan foodvegan meal ideaswhat vegans eat
Prev post Creating a family-friendly bathroom
Next post When I grow up... I'll know what I want to be

EIGHT!!! Happiest of birthdays to my Sonshine.. C