As much as I love cooking, the day in, day out routine of feeding a family can get a bit…. much. Not just the acutally cooking, but the thinking of what to make. When I’m in a meal planning mood then it’s great, I don’t have to worry about getting to 5pm and having no clue what I am going to cook!

It’s been a while since I’ve meal planned though…. I don’t know why, as it makes life easier. So instead, I have a giant list of meal ideas on my pin board, so when I hit a blank as to waht to cook, and we don’t want pesto pasta again I have a bit of inspiration!

I try to go for meals that will please everyone as much as possible. Now that’s not always easy with six of us BUT if the main component of a meal feeds everyone, I can adapt what goes with it – cooking jacket potatoes with a few topping options, or pasta with sauce/veg/extras on the side so those who want it plain can have it plain, etc etc

Here are a few of our quick meal ideas, for those nights when you need to whip up something fairly speedily.

Gnocchi – (takes 3mins to cook) then throw it in a frying pan with some oil, spinach, cherry tomatoes and crème fraîche/sour cream/natural yoghurt/cream cheese/pesto/anything else you have at the back of the fridge that needs using – we actually really love the tomato and herb vegan pasta sauce that Morrisons have just launched – tastes just like a tomato and marscapone sauce.

Hummus pasta. If you can be bothered with frying veg, fry some (I tend to do courgette, onion and olives with a few chilli flakes) and boil the pasta. Add a whole tub of hummus and some leftover pasta water, and that’s it. Mix the veg in. Enjoy!

Hidden greens sauce – cook frozen peas, Spinach, Brocolli, whatever green veg you have then blend it up with pesto and either grated cheese or nooch if you’re vegan. It’s great with pasta and has lots of hidden veg.

Super quick curry – fry an onion, a couple of cloves of garlic, 2 tsp turmeric, 2 tsp mild curry powder, 1tsp coriander powder, 1/2 tsp nutmeg and cinnamon. Chuck in some chopped peppers and green beans, a can of coconut milk and one of chopped tomatoes. THen either a can of chickpeas or some vegan chicken pieces.

Seasoned tomato rice – Fry a finely diced onion or some leeks, and a few cloves of garlic. Add a little paprika and chilli flakes. Add a can of chopped tomatoes, a cup or so of rice and a cup or so of water. Bring to a boil, turn down to simmer and leave until the rice is cooked and the liquid absorbed. I’ll often chuck a handful of frozen peas, sweetcorn, broccoli or whatever I have on hand in near the end of the cooking time. Some vegan chicken pieces work quite well too!

Mushroom ‘Strogonof‘ – fry off a finely chopped onion, add a couple of cloves of garlic and a sprinkling of rosemary. Slice a whole pack of mushrooms and add to the pan with an extra knob of butter. Cook until the mushrooms have softened. Add a teaspoon of flour, stir, then slowly add milk to make a kind of roux. I’ll serve this with tagliatelle, jacket potatoes, rice… whatever really! It tastes amazing.

Chickpea Pasta – Cook your pasta, add in a tin or two of chickpeas, diced tomatoes, cucumber, avocado, sweetcorn with a big splodge of soy sauce.

Tomato Soup – my girls favourite! We love this for a quick dinner on cold nights – perfect with crusty bread or a cheese toastie. Fry an onion, as much garlic as you like and tsp of smoked paprika. Add 3 cans of chopped tomatoes, a big handful of red lentils and a can of water. Cook until the lentils are softened, blitz with a blender and serve. 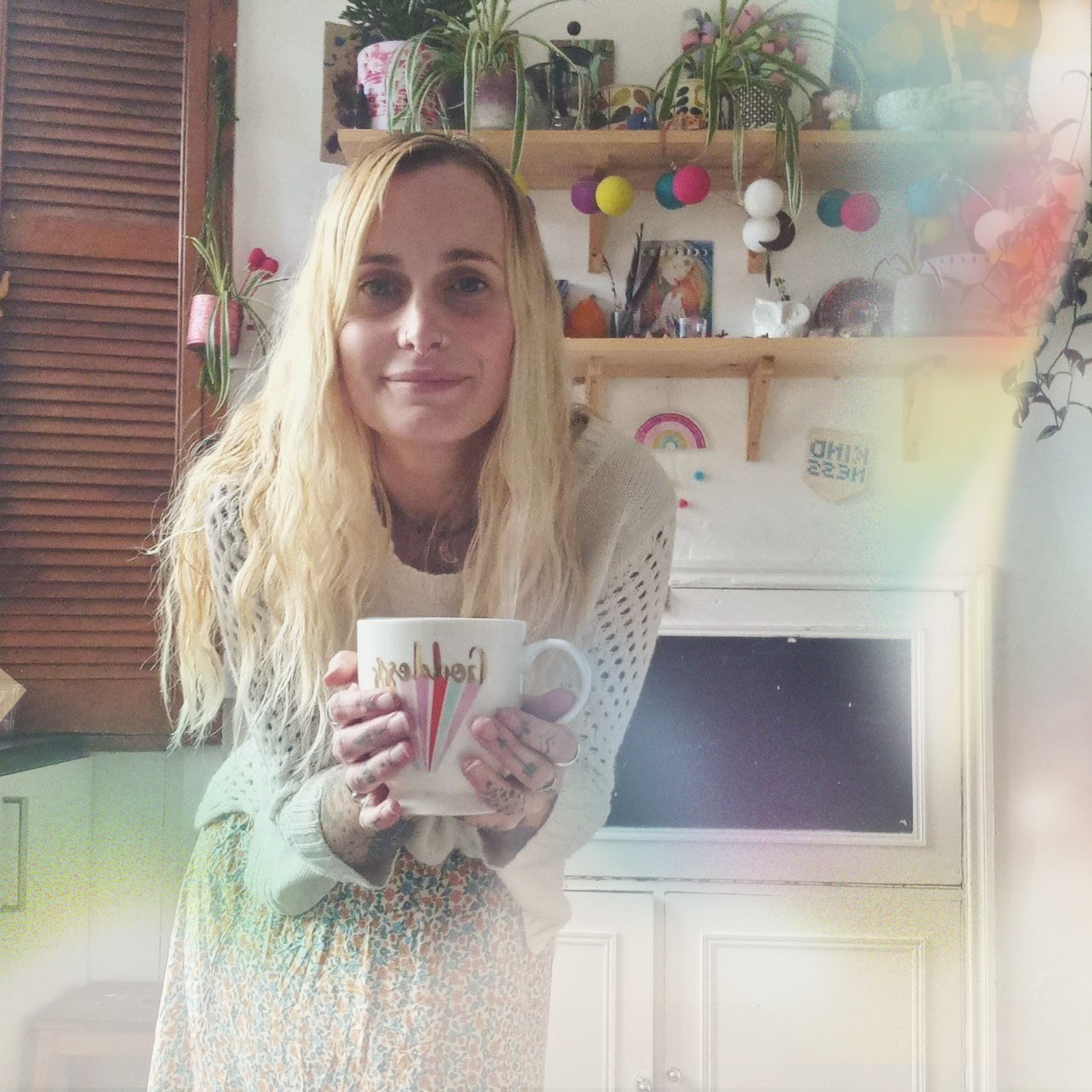