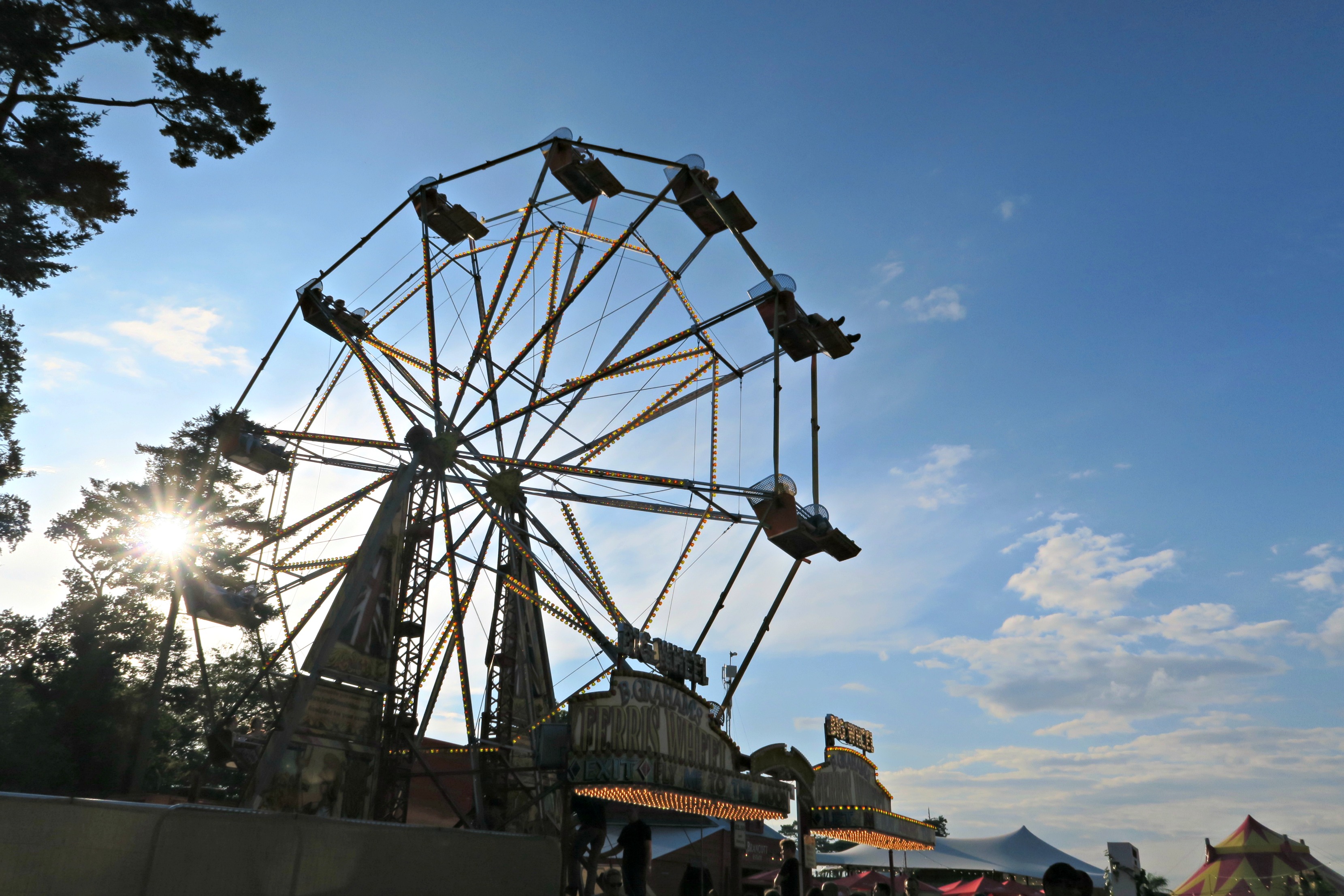 I can’t believe it’s already been two weeks since Camp Bestival! We had such an amazing time! This was our third year attending and our first with a toddler. We missed last years due to moving house, so we were even more excited to go this time!

Having been a couple of times before, it was great as we knew what to expect, a rough idea of where most things are {though layout changes slightly each year, and there are obviously different attractions each time} and we knew how to make the most of our time there, as although it’s not the biggest festival, when you’re there with four kids it still takes a while to get to various places! 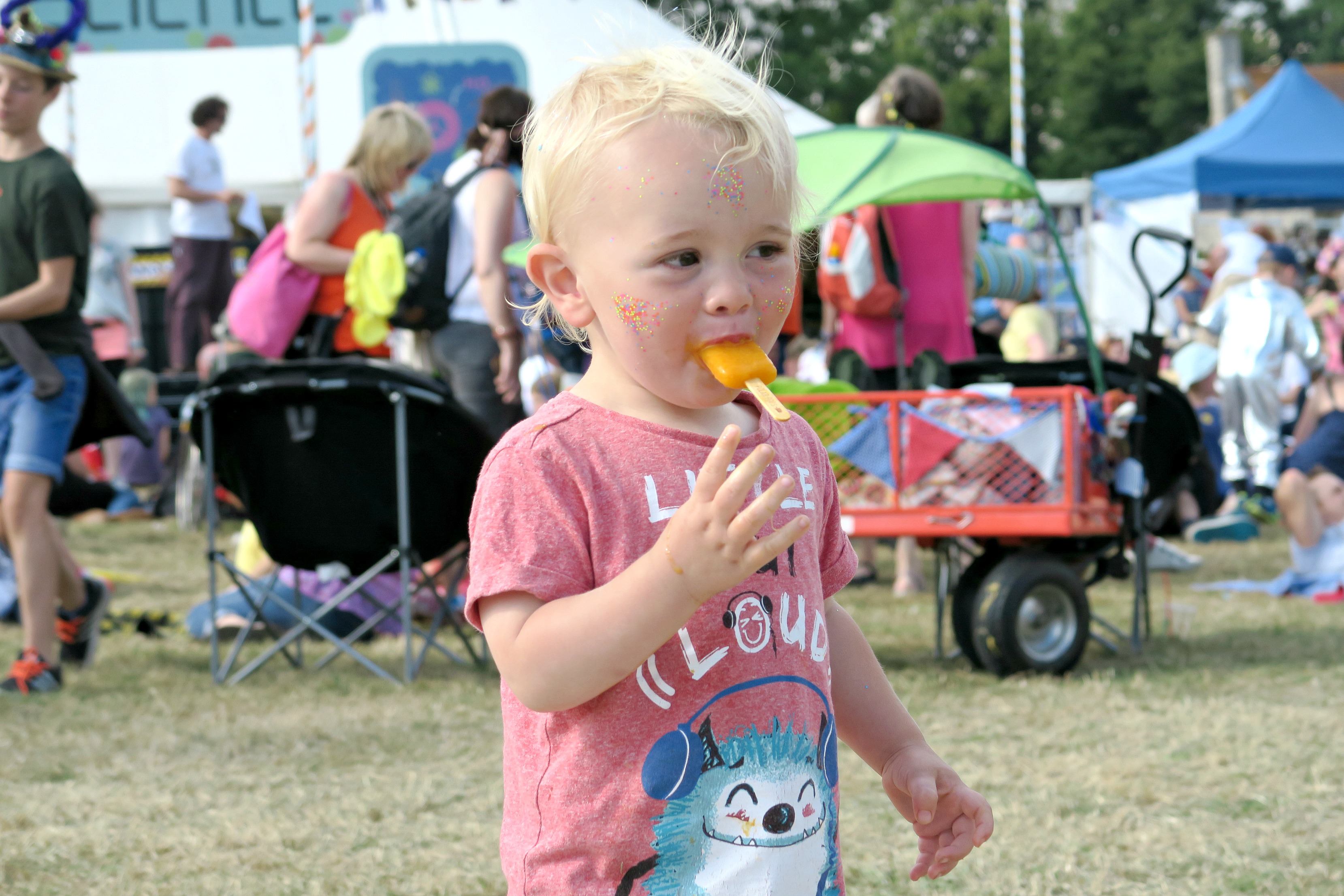 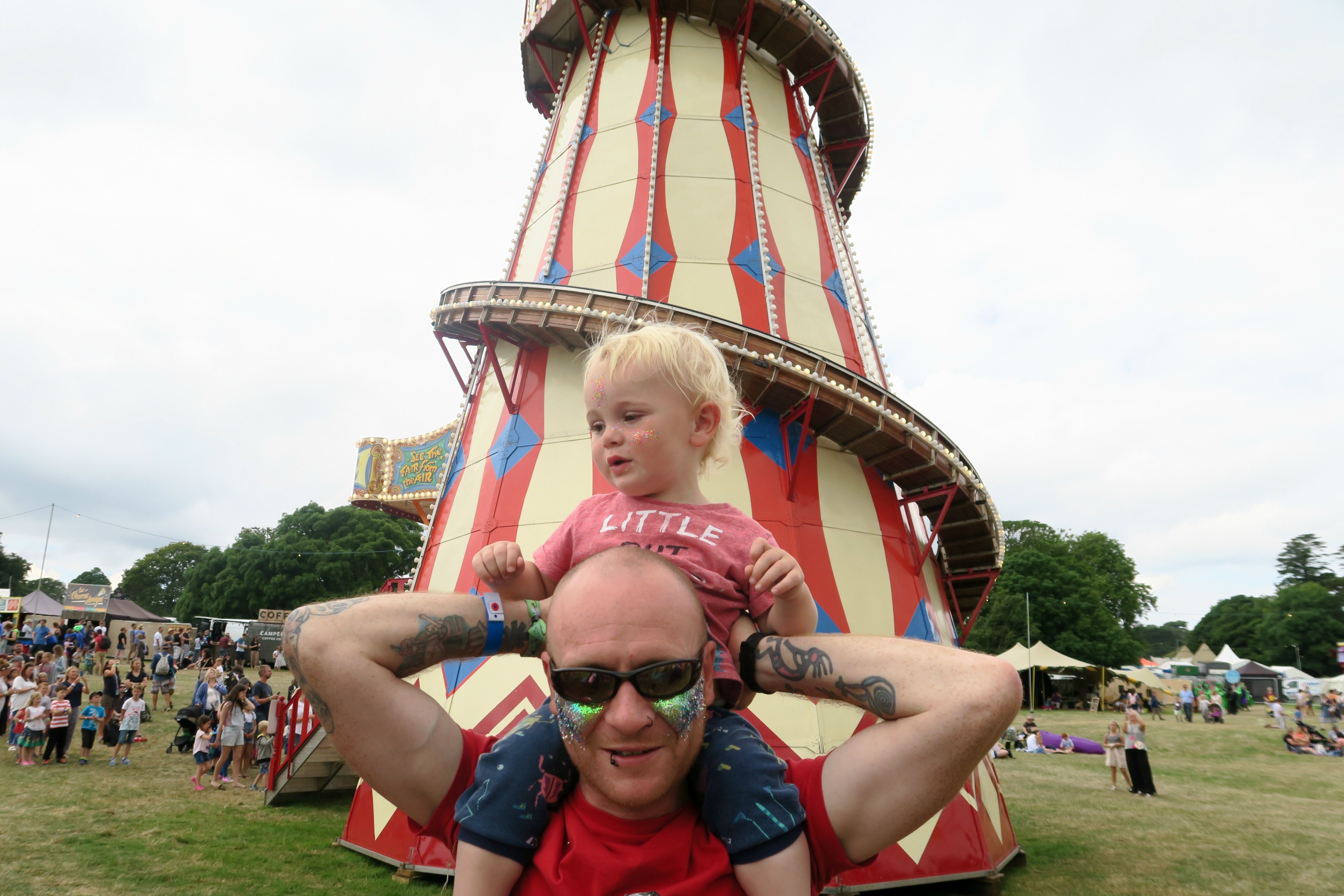 The big difference for us this year was that we were in the general camping fields. Previously we’ve booked a pitch in Camping Plus. The first year, we did so because we weren’t sure what day we’d be able to travel and worried that if we didn’t get there till late on the Friday we may not get a {good} spot. Then the second time, we just did so as that was what we knew – though that year, unfortunately, there was a mix up, and we arrived to find half the camping plus pitches didn’t exist and we had no where to pitch – took a good few hours of waiting to finally get a spot. Anyway, with an extra family member in tow, taking two big tents plus our gazebo, we knew we wouldn’t fit on one pitch in Camping Plus, and in all honesty, paying £300 for two spots of field seemed absurd. So general camping it was. We arrived mid-morning on Thursday, just as it decided to start raining. Meaning we had to pitch tents in the rain, it wasn’t the most fun I’ve ever had, especially as Beastie was not feeling very well, plus was a bit freaked out by the tents that were flapping about in the wind. There were no problems finding a space though, we had plenty of room and lovely neighbours who the girls made friends with quickly.

Thankfully, come Friday the rain vanished and the sun shone. Phew. I’m definitely more of a fair weather camper! Beastie was feeling better too, and was less scared of the tents. All good.

First thing Friday was to have a good explore of the festival site. We took a big walk around, getting our bearings, figuring out what was where, making a mental note of food stalls that looked good, stalls and activities we wanted to go back and see, and making a list of the programme of acts we’d like to catch. G and I both said this year, there musical line-up didn’t really hold much pull for us. In previous years, there have been bands we both wanted to see, but this time not so much. We did go see Mr B The Gentleman Rhymer and he was great fun – Lola and Kiki queued up to meet him, and the security guard remembered that they’d asked politely if they could have a photo with him, so while everyone else had to stay the other side of the barrier, he let the girls behind it for an up close photo! {note to self – next time don’t let them ask the security guard to take a photo!!} 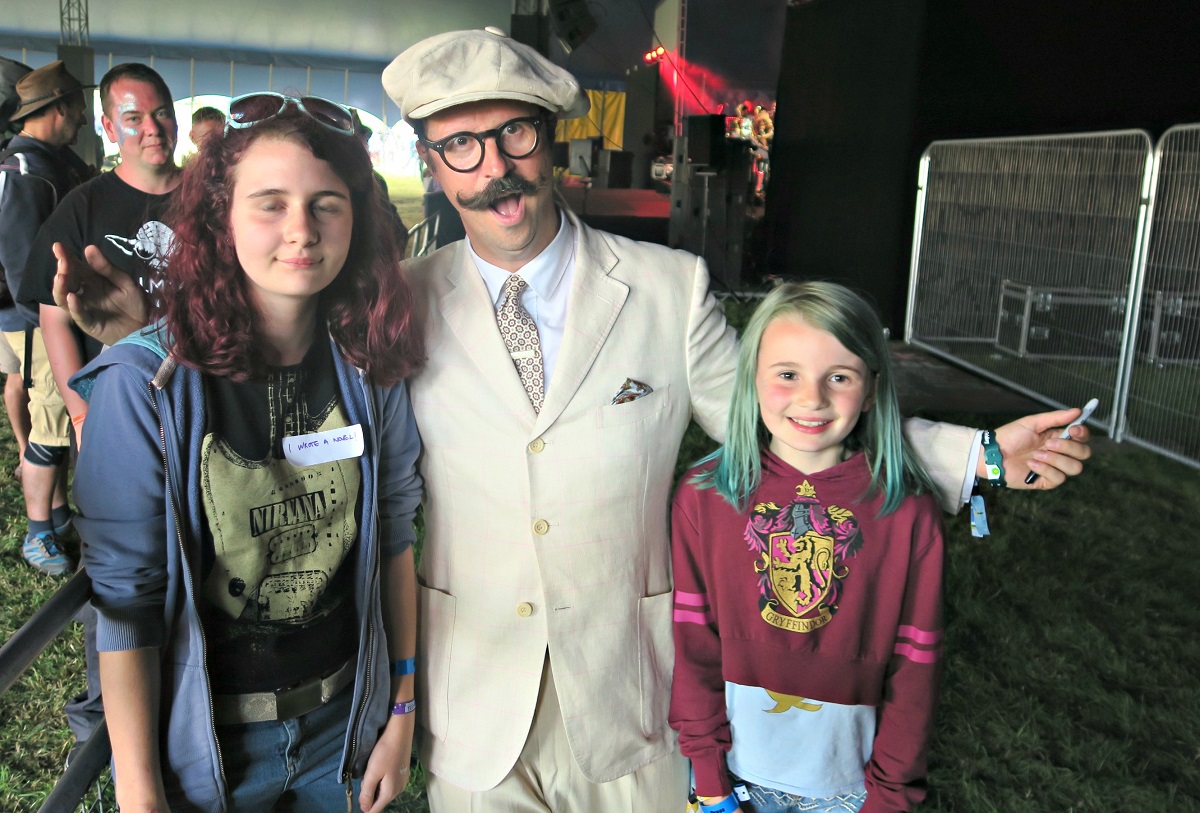 The girls were keen to visit the Dingly Dell again – it’s always been a favourite spot, and this year with the addition of the petting zoo it really was their favourite place. Beastie loved playing in the park and seeing all the animals. Lizzie’s Way in there was a wonderful spot, bright and colourful with some fun activities for the kiddos to do. Their favourite was the wishing line. 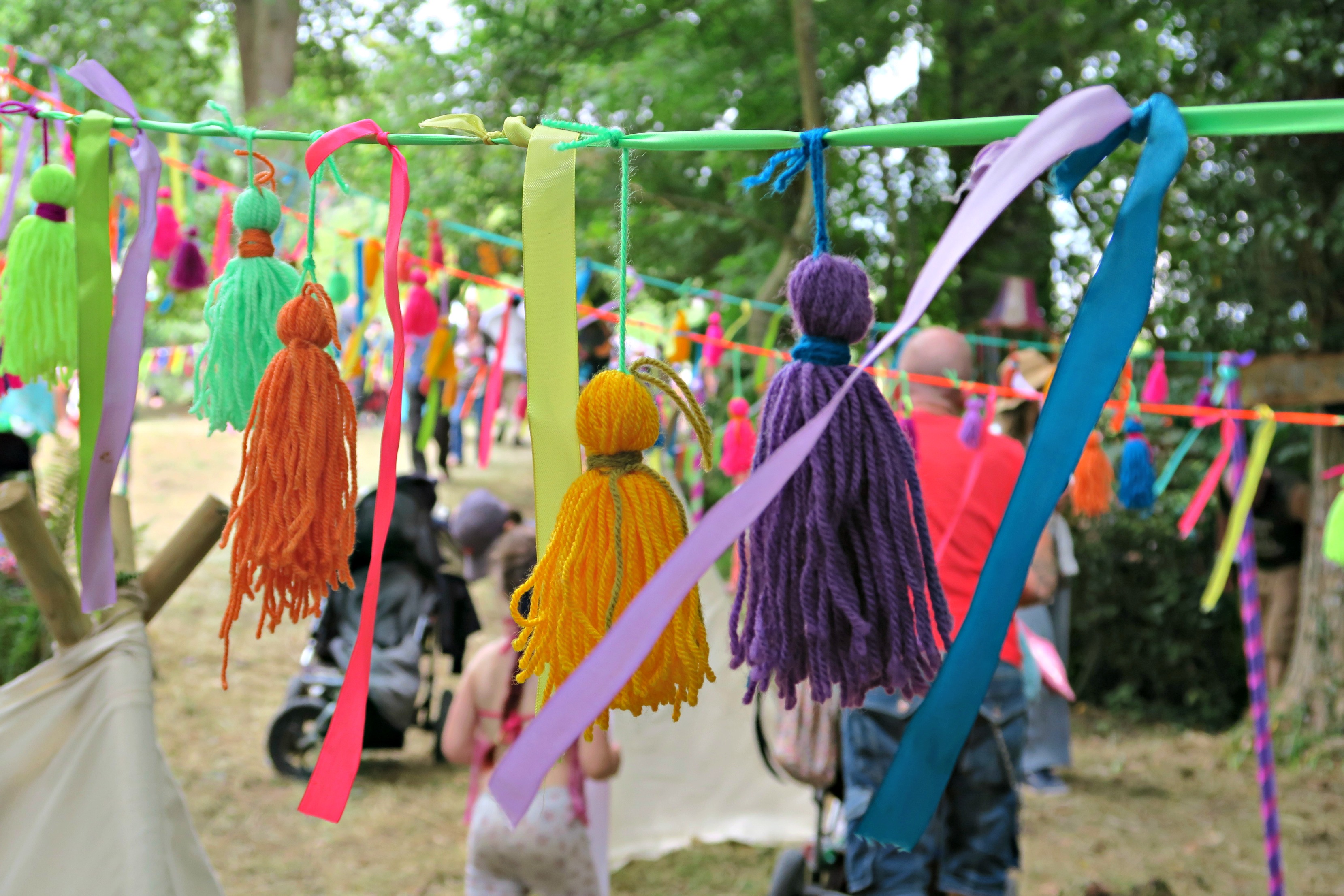 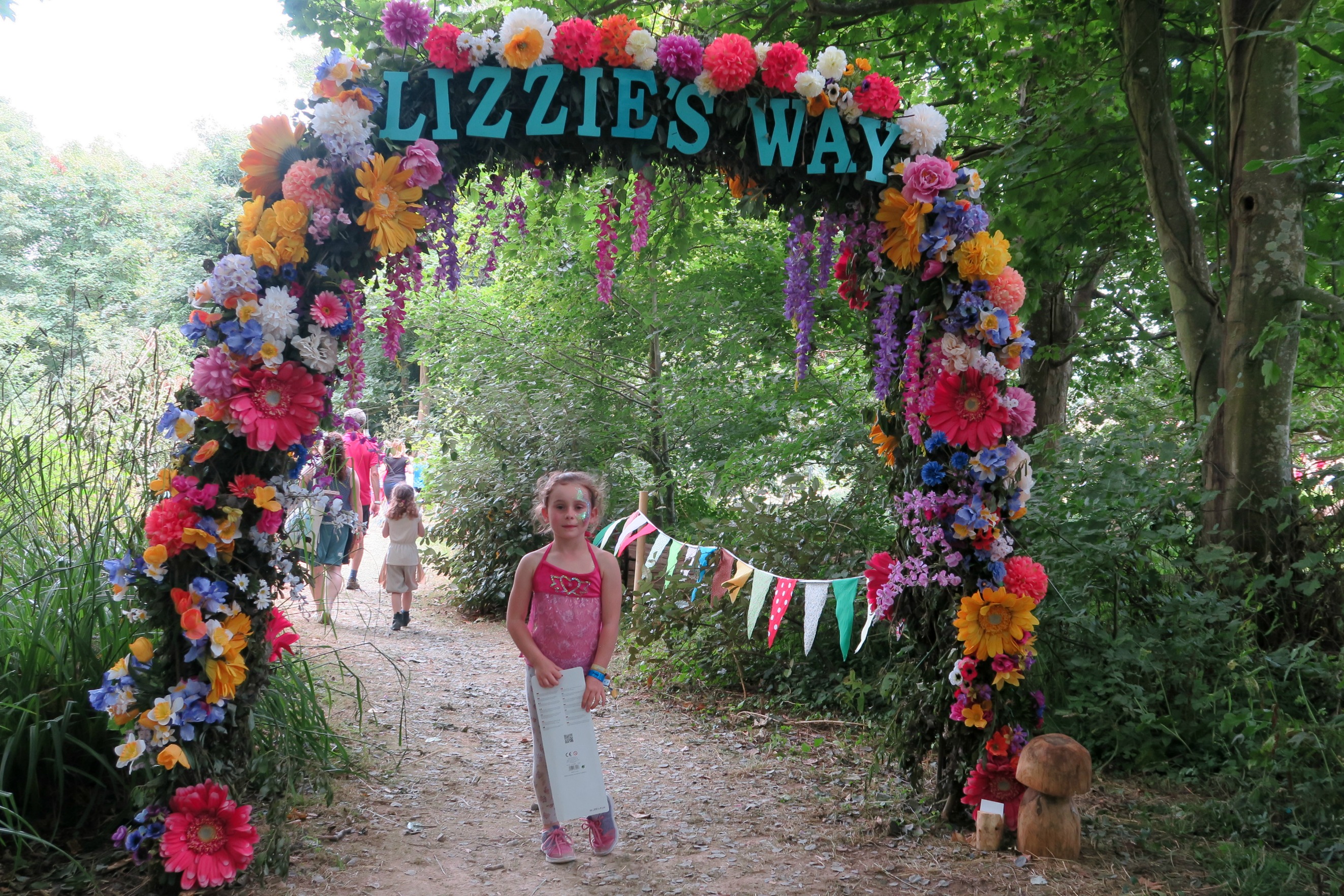 This was the first time we’d had a toddler in tow, and it was safe to say he loved it. He must have walked miles, loved the sandpit, REALLY loved the Ferris Wheel, spotting bubbles, stroking the donkey, running around and soft play. We’d not ventured into the soft play tent in previous years, but it proved really great – there were a few times when the girls were all busy that G or I took him in, I think he loved the chance to just play and have fun! 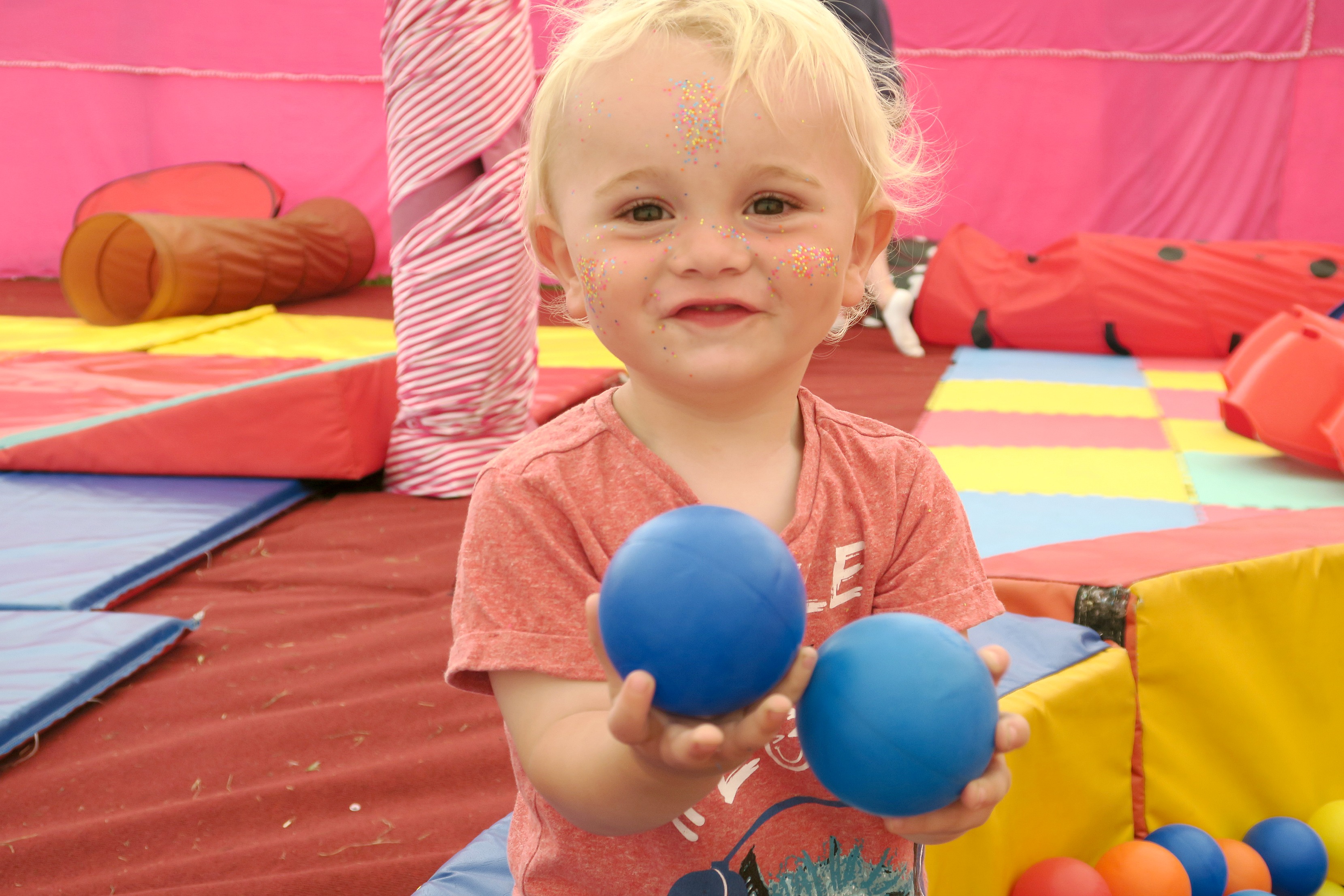 Also this year, we had a teenager with us! Which basically meant we barely saw Lola all weekend as she spent most of it in the Den – a special area for 13-17 year olds, with music and activities. She loved the Den, spent most of her time there and made some friends too! It was great for her to have some independence, but not just be wandering around by herself. 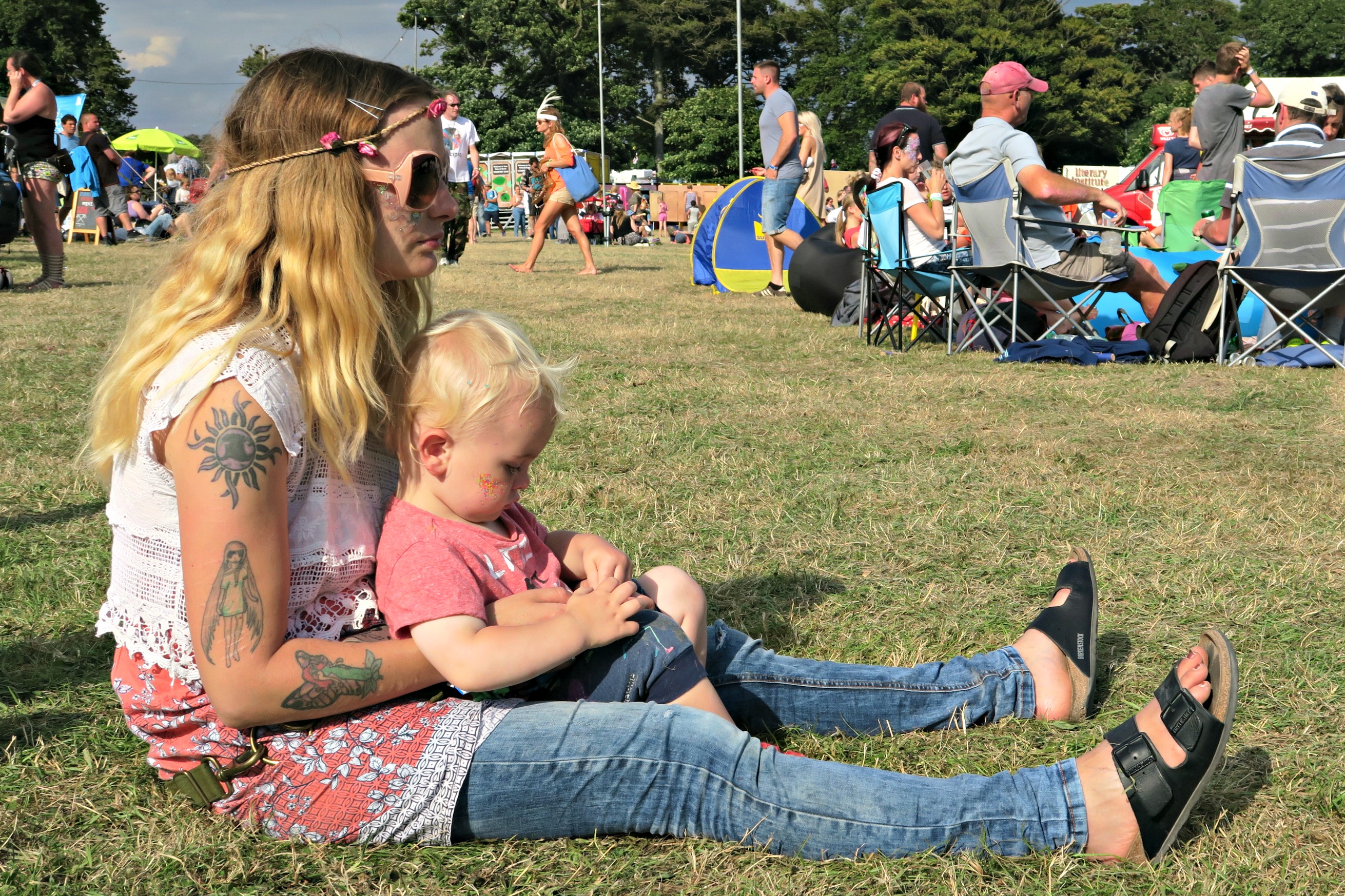 The girls also went on the world’s biggest bouncy castle, made me go down the Helter Skelter, made science projects in the science tent and crafted away in the art tent. We watched the fabulous insect circus again, ate far too much delicious food, spent sunny afternoons on the field watching the sights of the festival and oohed and ahhed at the gorgeous fireworks at the end of it all. 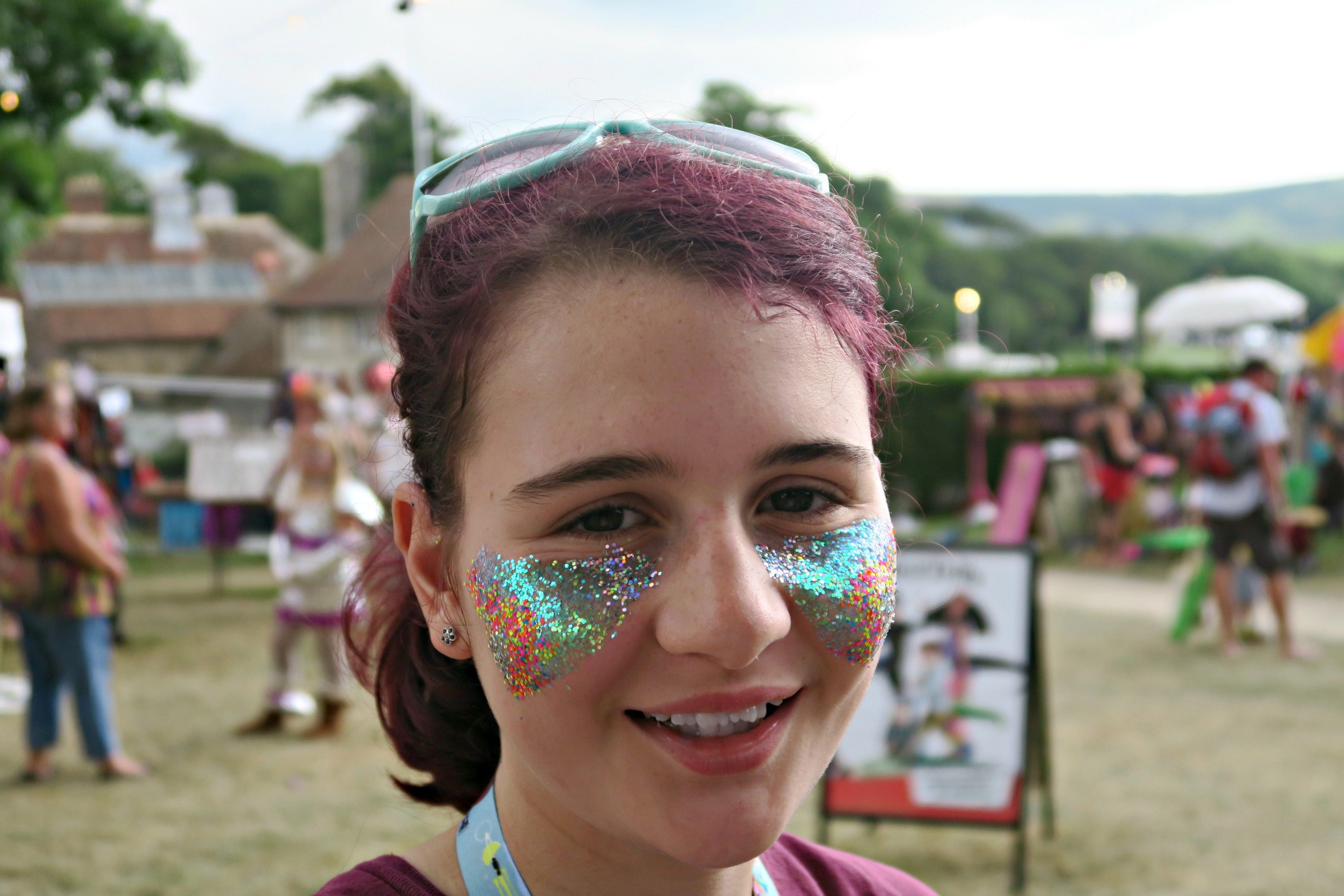 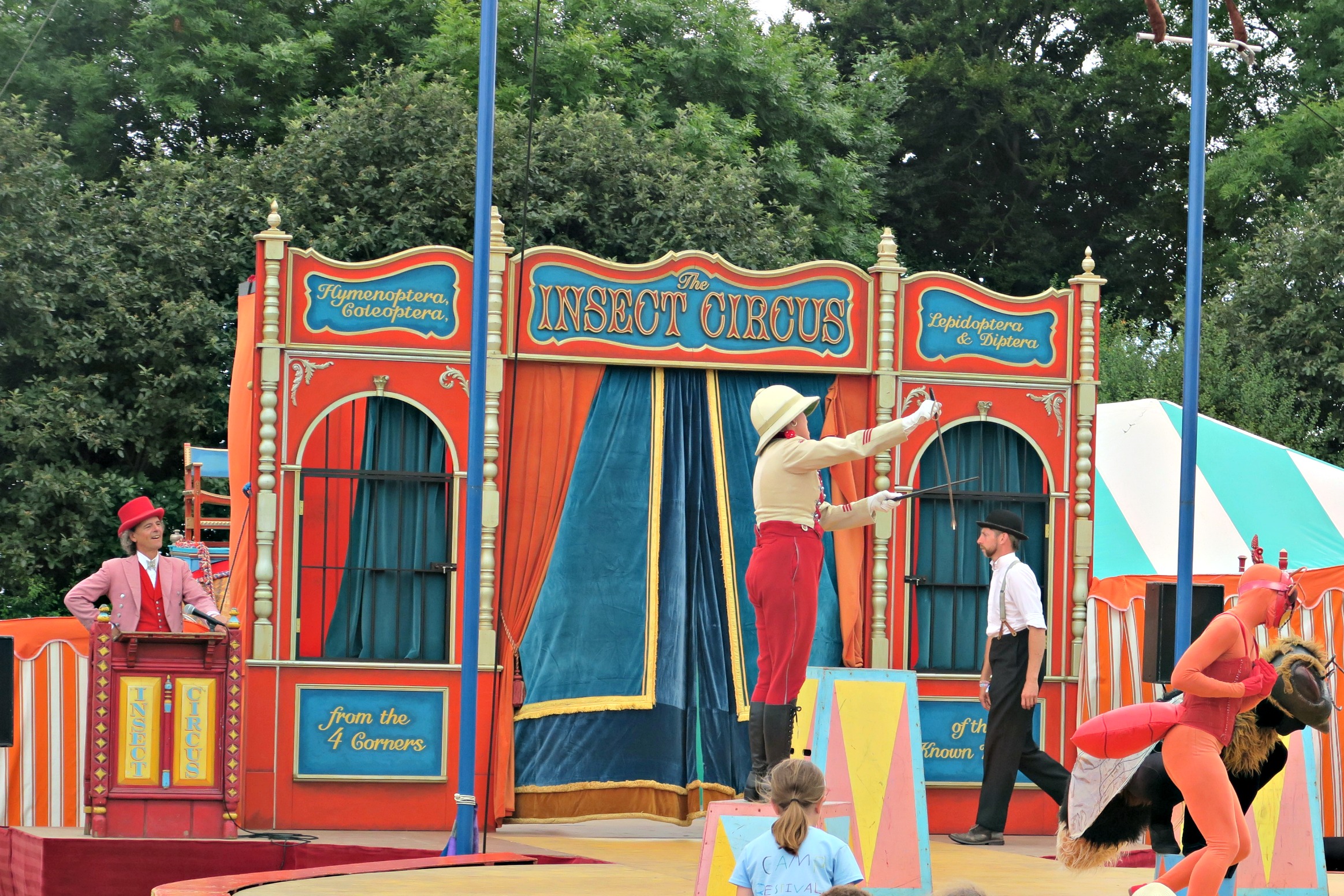 It’s safe to say, we all had an amazing time. I really can’t say enough good things about Camp Bestival. It’s SUCH a fun weekend for all the family, so much to see and do, and one of our favourite weekends of the whole year.

I made a little vlog while we were there – you can watch it here. 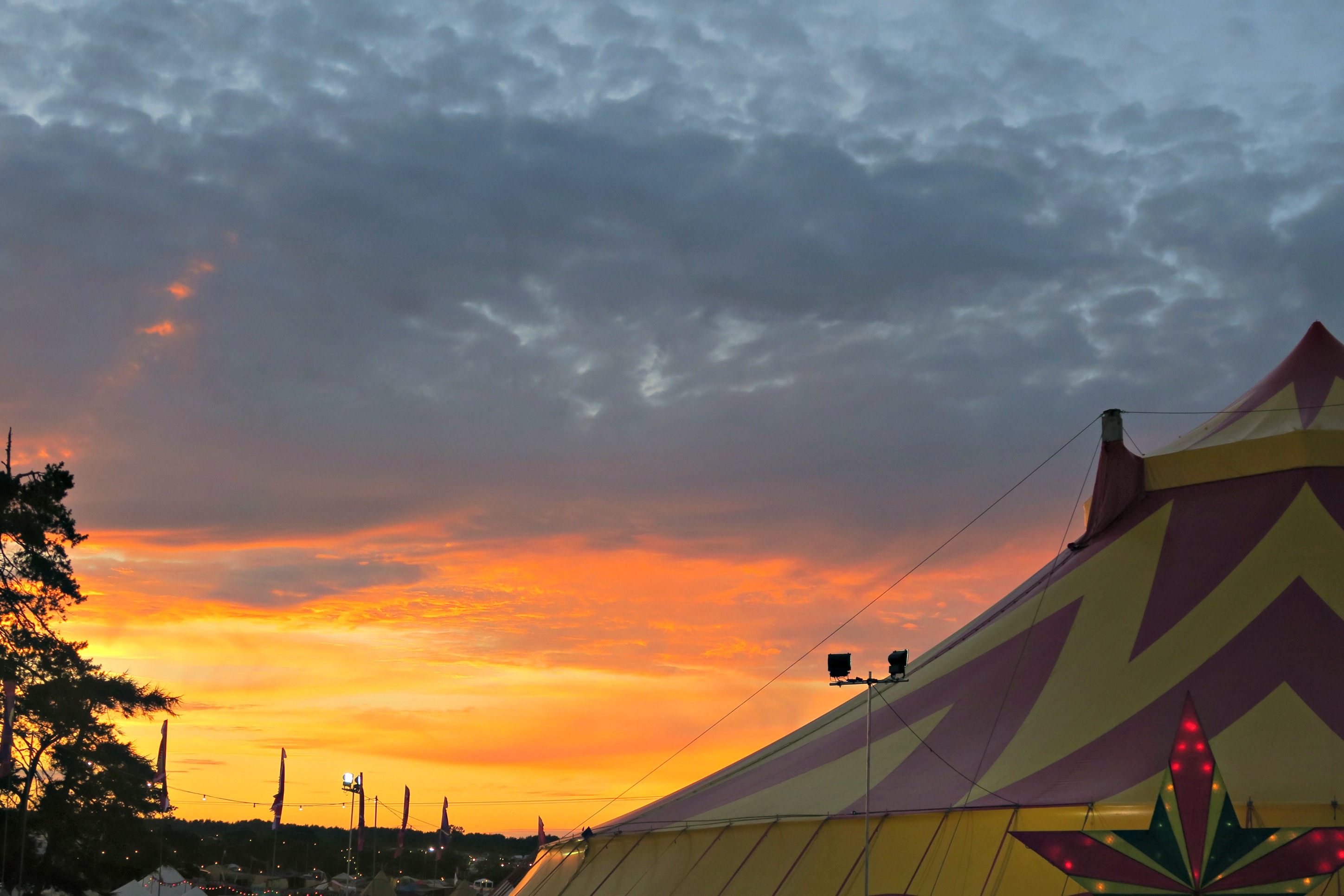 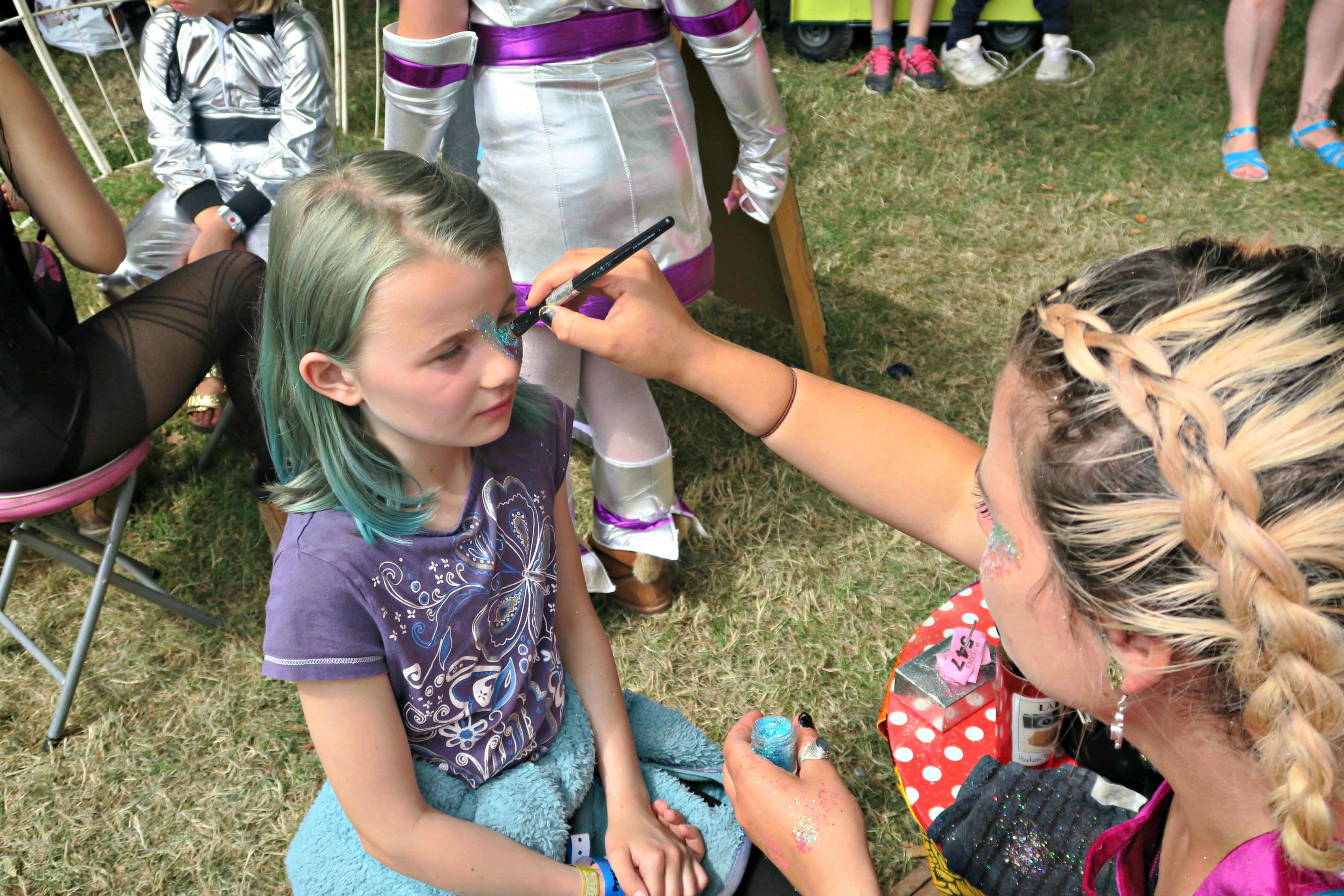 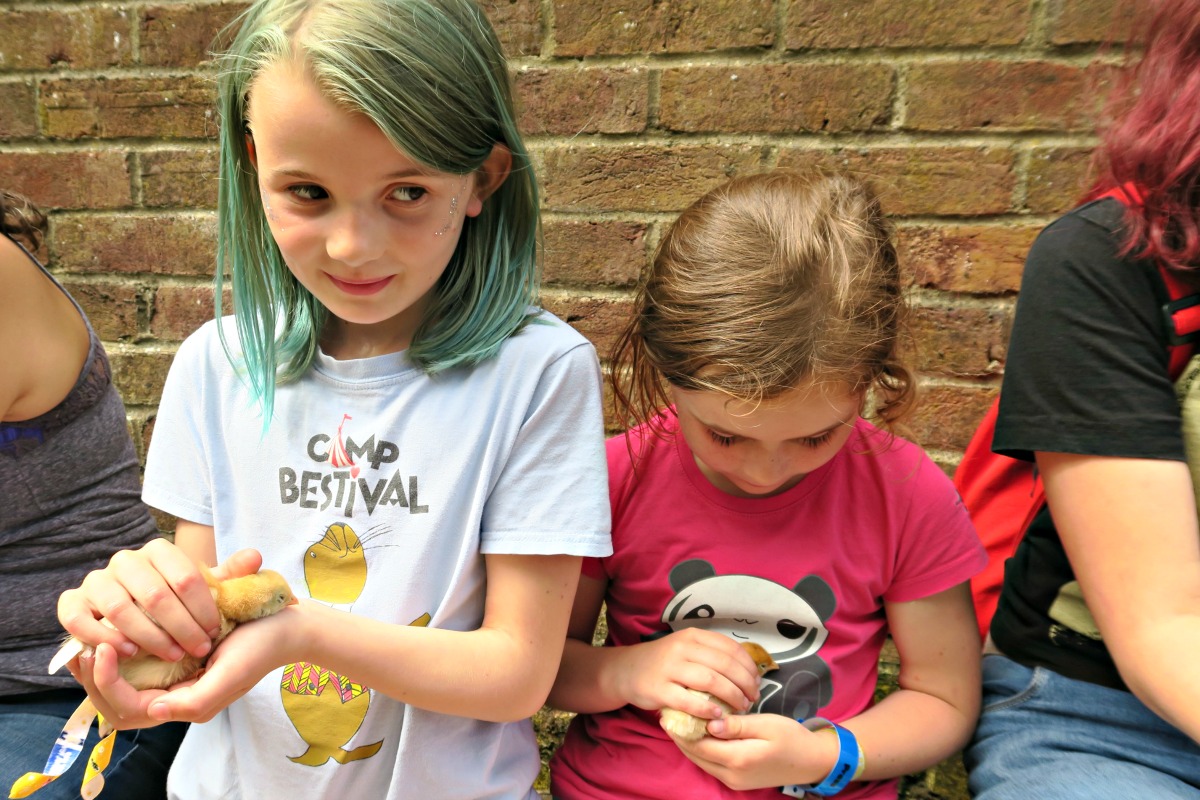 We’re already counting down to next year’s festival – and Camp Bestival 2017 Early Bird Tickets are on sale now – see here to get yours.

We recieved complimentary press tickets for the festival, in exchange for a review. All words and opinions are my own.

Welcome to the family little chucks!

A ‘Do Nothing Day’