The Feast Collective at Camp Bestival 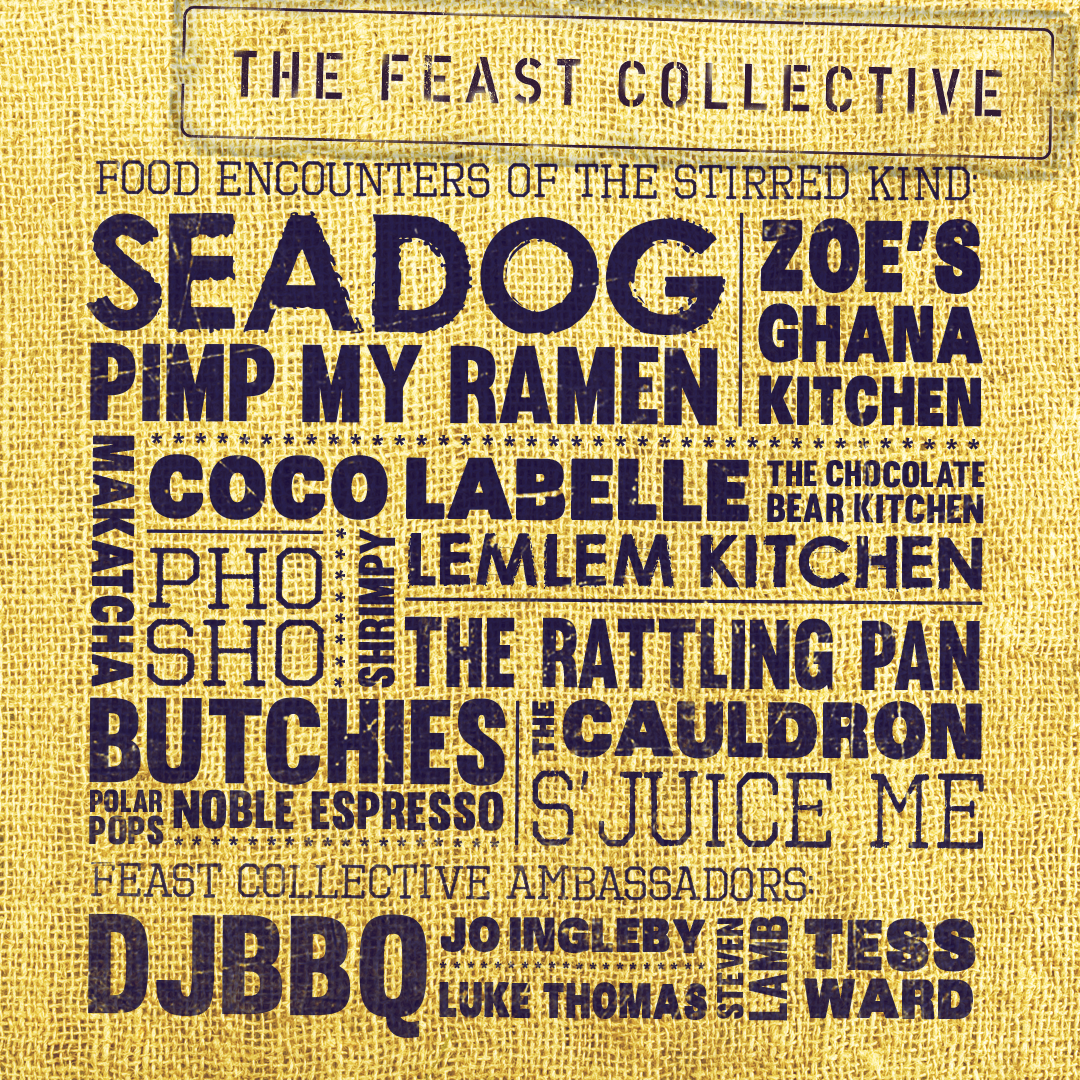 Hurrah!! We’re SO excited that we’re going to Camp Bestival again this year! We missed last year {due to having to be grown up and boring and spend money on moving house!!} so we really can’t wait for this year’s festival!

One of the things that we have loved most about previous years at Camp Bestival is The Feast Collective. Trying out lots of new and interesting foods is one of the highlights of the weekend for us, and Camp Bestival always have such an amazing selection of foods to try it’s hard to pick which to sample first! This year Camp Bestival asked all members of their Feast Collective to consider their STEPS (Sustainability, Traceability, the Environment and Provenance), making for the ultimate taste-fest and the yummiest food you’re likely to encounter at a festival.

The Feast Collective line-up includes Seadog {the winners of the ‘Best of the Best’ prize at the 2015 British Street Food Awards}, Zoe’s Ghana Kitchen {whose food we have sampled previously and cannot wait to try again}, noodle burger fusionists Pimp My Ramen, and real Southeast Asian street dishes and food to inspire happier living from Makatcha. Commenting on joining the Feast Collective line-up Makatcha’s Maria Knowles said: “Told by many customers that the “Feast Collective Tent has the best food!”, Makatcha is so proud to be part of that. We will be bringing the EXOTIC taste of Indonesia’s Rendang and special peanut sauce. The Feast Collective dream team are a real pleasure to work with too! Win Win!! for customers and traders.”

Other treats include The Chocolate Bear Kitchen, Mauritian, Jamaican and Sicilian flavours from Coco Labelle, modern African fare from Lemlem Kitchen, delicious, vegan, gluten-free soup that will change your life from The Rattling Pan and high rollin’ Vietnamese streetfood from Pho Sho. I think I may just spend the entire weekend eating!!

Camp Bestival is such an amazing festival for families – my three girlies LOVE it so much. You can grab your tickets before they sell out here

Getting about this summer with Stagecoach

Thinking ahead to purchasing my first car